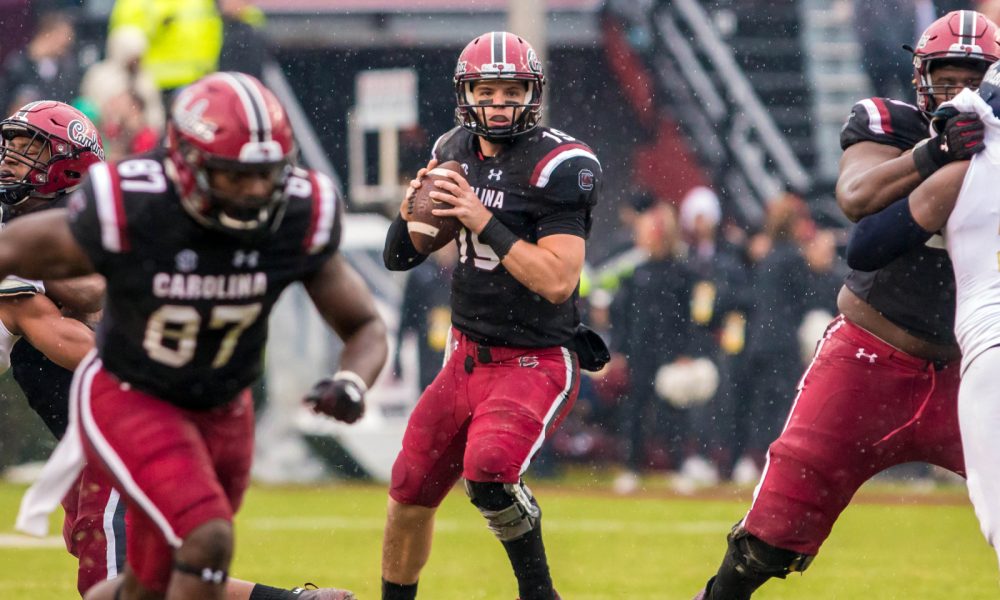 The unofficial countdown to the return of college football for the Southeastern Conference begins in two weeks with media days at Hoover, Ala. Following the event, fall practice gets cranked up and we can see which players will become primary leaders for their schools.

Head coach Nick Saban and the University of Alabama are on a path to redemption, and its defensive secondary is the focus of the journey.

During the latter portion of 2018, opposing quarterbacks had success throwing against the Crimson Tide.

Whether it was Jake Fromm (Georgia), Kyler Murray (Oklahoma), or Trevon Lawrence (Clemson), all three challenged Alabama’s defensive backfield and the Tigers got the best of it as a result.

With the hire of Charles Kelly and the duo of Shyheim Carter and Trevon Diggs choosing to return to school for their senior year, the Tide is set up to have an elite back five in the fall.

Despite this, there are five SEC quarterbacks that look to test Alabama – especially with the conversation being on questioning the team’s ability to function after a second consecutive turnover of the coaching staff and graduating more players to the National Football League.

No matter where the critics come from, all roads to the College Football Playoff still come through Bryant-Denny Stadium. In the meantime, the signal callers that anticipate frustrating Carter, Diggs, Xavier McKinney, Jared Mayden and Patrick Surtain II are listed below.

As he enters his second year at head coach, Jeremy Pruitt is attempting to have the Tennessee Volunteers make a huge jump. After a 5-7 season in 2018, he returns Jarrett Guarantano at quarterback who has 21 games under his belt – including 12 as a starter last year.

A big help for Guarantano this offseason was Tennessee hiring Jim Chaney away from Georgia to be its offensive coordinator and quarterbacks’ coach.

He mentored Fromm to producing 5,364 yards passing with 54 scores to 13 picks in two seasons and saw him lead the Bulldogs to an SEC Championship and a berth in the College Football Playoff National Championship Game in 2017.

Fromm guided Georgia back to its second straight conference title game appearance in 2018, but it was defeated by Alabama. Having a pro-style mind like Chaney will not only help prepare Guarantano for quality performances in the SEC, but it shall also get him ready for the next level.

The Volunteers return a pair of 500+ yard rushers in Ty Chandler and Tim Jordan, while possessing a trio of wide receivers in Marquez Callaway, Jauan Jennings and Josh Palmer.

Health and consistent production on the offensive line is the lone headache for Guarantano.

He was sacked a lot last season and the lack of help from the guys upfront led to a year that disappointed him.

Tennessee has not beaten Alabama in the Saban era. It has lost 12 straight meetings since 2007 and Guarantano would like to be the quarterback that ends the streak.

Pruitt and company will battle in Tuscaloosa, Ala., but his trigger man in ready.

For Louisiana State University, acquiring Joe Burrow from Ohio State in the transfer portal turned out to be a good thing. He stabilized an offense under Ed Orgeron that continues to have issues with evolving. Burrow compiled 2,894 passing yards with 16 touchdowns to five interceptions and captained the Tigers to a 10-3 season in 2018.

His meeting versus Alabama at Tiger Stadium (Baton Rouge, La.) was unbearable.

Defensive lineman Quinnen Williams made it impossible for him to breath and the Tide’s defense silenced a boisterous crowd with a 29-0 win.

Burrow will not have Nick Brossette flanking him in the backfield this fall; however, LSU signed two top-tier running backs in its fifth-ranked signing class nationally for 2019.

John Emory Jr. is an explosive five-star and Tyrion Davis, who is just as good, was given a four-star rating via 247Sports Composite.

Both Justin Jefferson and Stephen Sullivan return as receiving options.

As the team’s leader in rushing touchdowns (seven), Burrow made a statement this summer on how the Tigers will score a lot of points.

It showed the potential against Central Florida and Texas A&M, dropping 40 and 72 respectively. LSU averaged 32.4 points per matchup last season and offensive coordinator Steve Ensminger expects to increase the output.

While the Tigers have shown to be a challenge for Alabama’s offense, Burrow wants to flip the script and go after the Tide’s back five. A few college football analysts believe LSU has the horses to run with Saban, but answers to this are served better in the first week of November.

Arkansas is in better shape now than last year.

Regardless of Chad Morris being an elite offensive mind, the Razorbacks did not have the quarterback to spearhead his scheme. It will enter fall camp with three to choose and Nick Starkel, the transfer from Texas A&M, seems to be the frontrunner for the starting job.

When it’s had productivity at quarterback, balance on offense and leadership on defense, Arkansas has typically given Alabama a very physical game. Starkel, who enters his junior season this fall, played in just five games in 2018 for the Aggies under Jimbo Fisher.

The 6-foot-3, 215-pounder completed 15 of 22 passes for 169 yards with one touchdown, but showed in the previous year that he has potential to be a starter.

In the final season of Kevin Sumlin, Starkel turned in a 60 percent completion clip and threw for 1,793 yards with 14 touchdowns to six picks in seven games. He has a big arm, but needs a stage to show it.

He has only nine seasons of coaching experience at the collegiate level – started in 2010 with Tulsa – but Morris tends to make his biggest improvement in his second year with a team.

Along with Starkel, the Hogs signed a top-25 recruiting class. In a group that features a dual threat quarterback (KJ Jefferson), four receivers and a tight end, Morris’ year two looks bright.

Arkansas returns Rakeem Boyd and Devwah Whaley at running back, while having La’Michael Pettway, Cheyenne O’Grady and Jordan Jones back as receiving targets. For Starkel, the Razorbacks are giving him an opportunity to reintroduce himself to the conference.

South Carolina is the trap game on Alabama’s schedule.

After facing Duke and New Mexico State, the Tide will travel six hours to Williams-Brice Stadium (Columbia, S.C.) to face the Gamecocks.

Nick Saban has had issues facing South Carolina in the past, but he now battles the program who has one of his former assistants as its head coach in Will Muschamp. Alabama had to rely on running back Mark Ingram out of the wildcat formation to defeat the Gamecocks in 2009 (20-6) and unfortunately, Stephen Garcia and Alshon Jeffery torched Saban’s bunch in 2010 by a score of 35-21 at Williams-Brice Stadium.

Jake Bentley has some of Garcia’s traits.

The returning senior is an Alabama native (Opelika, Ala.) and what better way for him to conclude his career than knocking out the Crimson Tide.

He will face Alabama without Deebo Samuel, but Bentley does have wide outs Bryan Edwards and Shi Smith at his disposal.

Edwards finished with 846 yards and seven scores, while Smith amassed 673 yards receiving and four touchdowns in 2018. South Carolina has running back Rico Dowdle back and it signed a top-25 class (No. 17 nationally) for Bentley to work with.

Aside from Feleipe Franks at Florida, no one made a bigger improvement at quarterback with a new head coach than Kellen Mond. Jimbo Fisher navigated a dynamic offense at Florida State with Jameis Winston to a BCS National Championship in 2013, and now looks to have Texas A&M in the running for an SEC title and a CFP appearance this fall with the junior in Mond.

Mond, like Bentley, posted his first career 3,000-yard season (3,107) in 2018 and totaled 24 touchdown passes to nine picks. He rushed for nearly 500 yards (474) and added seven more scores, while guiding an offense that averaged 36 points per game. With the exception of two interceptions versus Alabama last year, Mond had roughly 300 yards offensively (294) with two total touchdowns in a 45-23 loss.

His most impressive outing came in a seven-touchdown performance (six passing) versus LSU in a 74-72 win that took seven overtimes to end.

Prior to Mond, it was Johnny Manziel that gave the Tide fits.

Mond carries similar traits and as always, the Aggies keep a stable of physical, big-bodied receivers on the outside.

The quartet of Kendrick Rogers, Quartney Davis, Camron Buckley and Jhamon Ausbon are back at College Station, Texas.

Alabama travels to Kyle Field to face the Aggies and Mond is geared up.