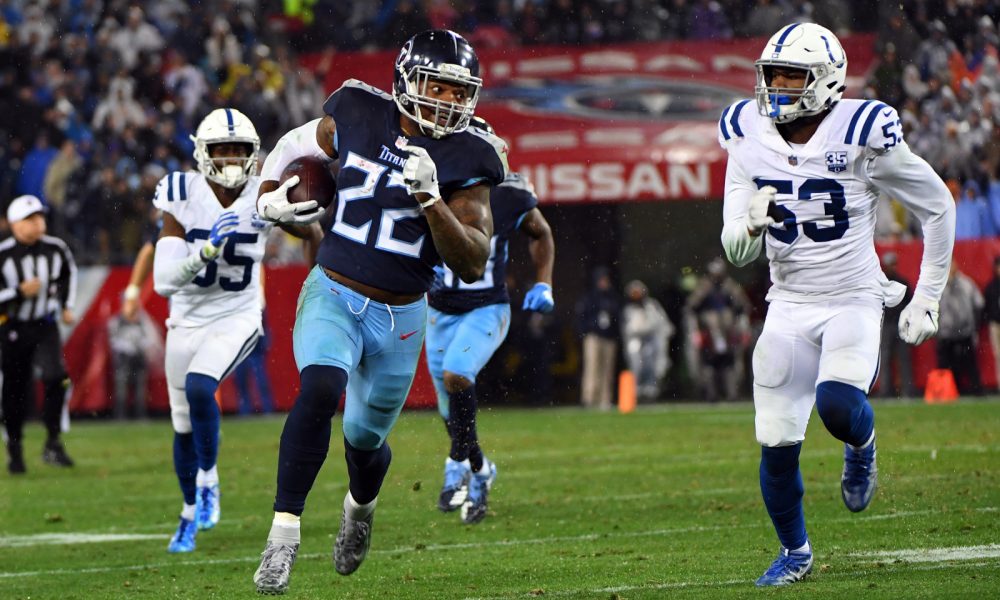 He’s too big. He’s not fast enough. He won’t transition well to the NFL.

At least one if not all of these criticisms were thrown at Derrick Henry upon him entering the league at running back in 2016. As a collegiate player, the Floridian was a star attraction and fan favorite at the University of Alabama.

He would be selected in the second round of the draft by the Tennessee Titans and after two seasons of not trusting the nearly 250-pound freight train at 6-foot-3, Henry showed both the Titans and the NFL why he was so coveted in college. The dread-headed gym warrior carried the team in the latter half of the 2018 season.

In the month of December, he collected 625 of his 1,059 rushing yards and posted eight touchdowns.

After a 3-4 start to the year, Henry took the franchise on a 6-3 journey that put it on the doorstep of the AFC playoffs at 9-7.

Despite falling to the Colts, national writers gave attention to Henry’s excellence as a back.

He finished seventh in the league in rushing, while his 12 scores tied him for third in the NFL. His combination of size, speed and strength shocked people in the matchup between Titans and Jaguars on Dec. 6, 2018.

He pounded Jalen Ramsey and company for a career-high 238 yards on 17 carries with four touchdowns – including a 99-yard rumble to pay dirt that tied an NFL legend in Tony Dorsett.

Henry was able to bounce a run outside, used his speed to create a difficult angle for tacklers, and then his power took over as he stiff-armed defenders on his way to end zone – to help the Titans earn a 30-9 win.

The performance not only made him as a nominee for an ESPY Award, but it also provided Henry with his first-ever appearance on NFL’s Top 100 Players list. He debuts at No. 99 for 2019 and his offensive tackle, Taylor Lewan (formerly of Michigan) couldn’t be happier.

“@KingHenry_2 better be on that list. The guy is an absolute stud!”

“He better be on that list. The guy is an absolute stud,” Lewan said of Henry.

Saquon Barkley, formerly of Penn State, was the No. 2 overall pick of last year’s draft to the New York Giants. He totaled over 1,000 yards (15 total scores) from scrimmage and was the NFL’s Offensive Rookie of the Year in 2018, but even he is awe of the monster that is Henry.

“He’s a big back and he has speed,” Barkley said of Henry. “I think a lot of people don’t talk about his speed. You give him a chance… Obviously, he should you on that 99-yard touchdown run that if you give him a chance, he can be lights out.”

In joking about the run against Jacksonville, Lewan said he remembered a teammate saying “let’s not make this a long drive. Let’s just go one play.”

“We got Derrick four to five yards. He got 95 yards after that,” Lewan said. “I blocked my guy and then after a while, you are cheering and you look and he’s 20, 30 yards downfield.”

“Derrick Henry is very physical. You got to bring everything with you because if you don’t, he’s going to run through you. You gotta come with it every play.”

Many players from around the league admire the work ethic of a young man who was given the nickname “Shocka” by his late grandmother, Gladys Henry.

He’s just getting started with his tour of domination and this season will have more big moments from him.