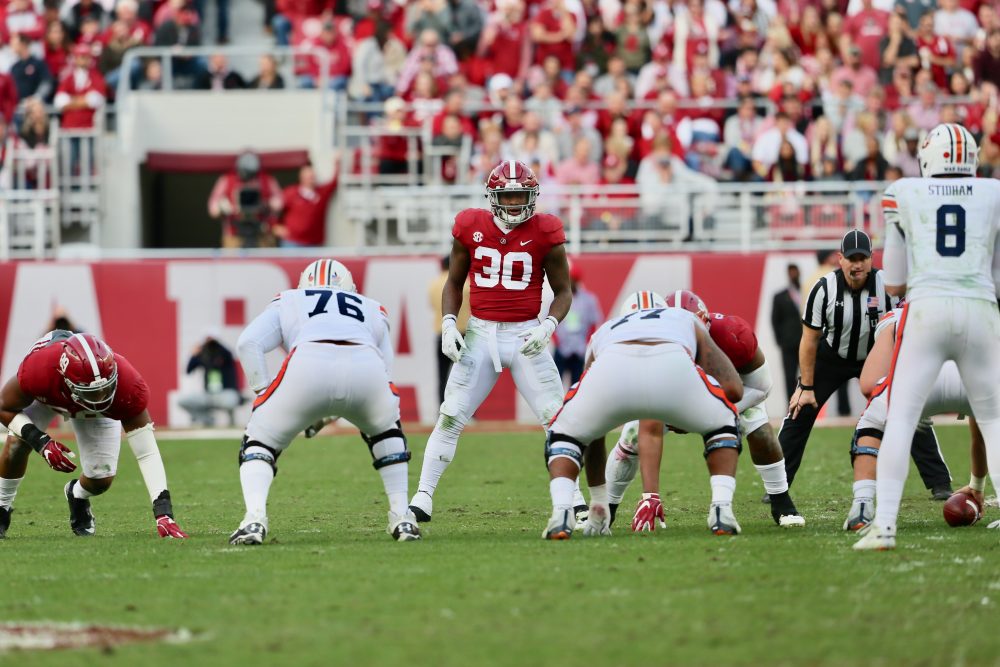 A couple of weeks ago, we introduced our first Bettin’ on ‘Bama segment where we took a look at the Crimson Tide’s National Championship odds, some Heisman Trophy prospects, and odds to win the SEC. Barring a significant preseason injury of any kind, Clemson and Alabama will go into the 2019-20 season as co-favorites in nearly every betting market. So without much to look at in the current betting landscape, let’s take a look back at some historical trends and notes to help us prepare for the upcoming season…

(All data is courtesy of Team Rankings…)

**Points were plentiful last season as the “over” went 9-5-1 in Alabama’s games last season. In reality, that number should probably be even higher. The Tide scored 62 points against Ole Miss in Week 3 (59 points through three quarters), and the game still managed to stay under the total. And the Orange Bowl against Oklahoma featured 999 yards and ten touchdowns, but still stayed under the total by 1-2 points depending on when and where you bet it.

**Don’t fall into the “they’ve had extra time to prepare” narrative. Since 2014, when Alabama has been at a rest disadvantage against an opponent, the Tide are 7-3 against the spread.

**Bye weeks have helped the defense. Since 2014, the “under” is 7-1 after an Alabama bye week and those games have stayed under by an average of 13.7 points per game. The Tide had their bye week before the LSU game last season, and that led to a shutout. Alabama’s bye weeks this season will come before games against Texas A&M and LSU. Keep that trend in the back of your mind.