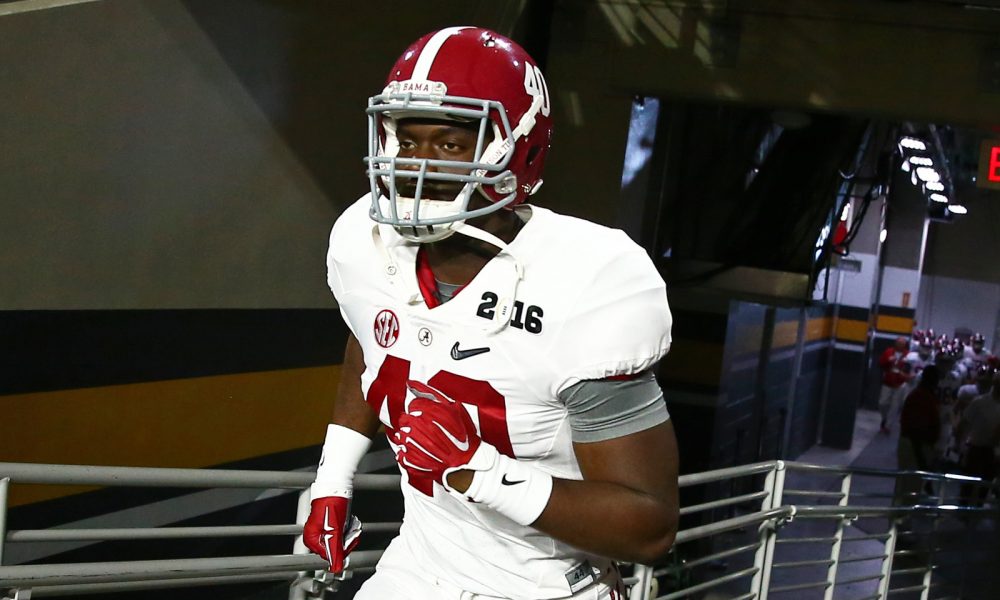 It looked, felt and had the essence of a young Nick Saban when Pete Golding took the podium inside the Mal Moore facility for his interview last week. He’s had a burning desire to learn under Saban for a while, and the steps he took on the journey prepared him for the moment.

Whether it was at Tusculum College, Delta State, Southeastern Louisiana, Southern Mississippi or University of Texas-San Antonio, the 35-year-old believes in positively affecting the people around him. He made it clear at the media portion of the Open Practice/Fan Day that he is about developing players and coaching the Crimson Tide’s defense back to “winning football.”

RELATED: Which Defensive Upperclassmen Need to Impress During Fall Camp

In the same way he impacted players on his various coaching jobs, the first-year primary defensive coordinator has one job for one of the Tide’s returning seniors.

Joshua McMillon, a native of Memphis, Tenn., is an engineering student.

He is in his fifth year at the program and the former four-star knows the entire system at inside linebacker.

Upon speaking with Dylan Moses, Alabama’s defensive captain, at Southeastern Conference Media Days, he said McMillon “taught him the process.”

Despite being lapped early in his career by guys that had more athletic gifts, the Tide needs McMillon to secure the weakside ‘backer spot – opposite Moses.

In fact, all he has to do is follow Golding’s blueprint.

“I think Josh is a very intelligent kid,” Golding said. “Football comes easy to him. My biggest message to Josh is having the ability to affect the other 10 guys around him.”

For McMillon, the main factors are getting players lined up, having the calls correct, and executing the necessary plays. If he can show that he is slightly above the average, serviceable player, the Tide will be in great shape.

A strong comparison for McMillon would be former linebacker, Trey DePriest.

He played under Saban from 2011-14, enrolling as a five-star from Ohio. Even with his rating and him totaling 236 career tackles – 18.0 for loss – DePriest had a hard time affecting players on a consistent note.

He was solid throughout his tenure; however, it felt as though he could have given a little more effort. Saban had the “player-by-committee” idea at SEC Media Days in terms of the individual playing next to Moses, but Golding wants this to be McMillon’s time.

He’s been second in position drills in fall camp.