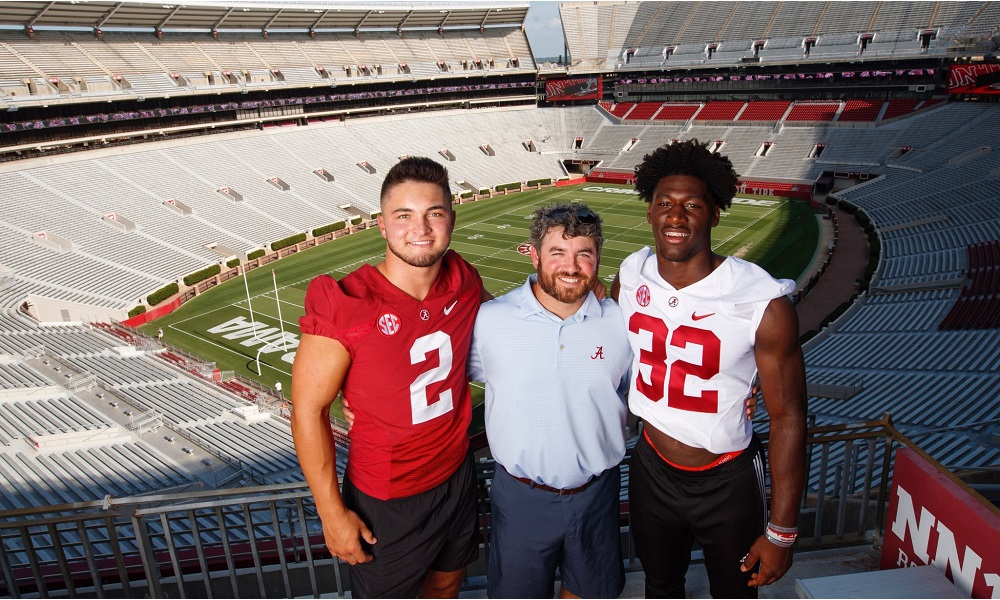 Alabama football is no stranger to losing linebackers to season-ending injuries.

The Tide are now attempting to shake the injury bug as they push through Fall Camp and it is no secret the Tide’s linebacker room has been the group most affected over the last couple of years.

Dylan Moses, Shaun Dion Hamilton, Anfernee Jennings, Chris Allen and Terrell Lewis have all had to sit out due to an injury for substantial lengths of time over the last couple of seasons, highlighting the depth problem Alabama has had at the position. This season looks to be no different as it looks like the Tide will have to hope some of their younger inside linebackers can grow up fast after news broke that senior linebacker, Joshua McMillon, will be out for the entire season. This outcome is somewhat a result of how Alabama has recruited the position in the past couple of cycles.

Alabama is coming off of a recruiting cycle, where they landed only two inside linebackers in the 2019 recruiting class when they got a commitment from 4-Star linebacker, Shane Lee, and 4-Star athlete, Christian Harris. In 2018, they landed one in Jaylen Moody before Ale Kaho joined the team a couple of weeks before the start of the season. Dylan Moses and Markail Benton join the Tide in 2017.

The only way the Tide can fix their depth problem heading into this season is by leaning on the development of linebackers: Kaho, Moody, Lee and Benton. In the future, the Tide have an opportunity to hit the recruiting trail hard for the position. They have done a good job so far in the 2020 class by landing three potential inside linebackers in Jackson Bratton, Demouy Kennedy and Drew Sanders.

When you add on the fact that Dylan Moses, Anfernee Jennings and Terrell Lewis could declare for the NFL draft at the conclusion of this season, Outside and inside linebackers will remain a priority for Alabama in the 2021 cycle as well.

UA punter Mike Bernier out of transfer portal, will return for a fifth year
Nick Saban not interested in playing a cupcake schedule; prefers more ‘Power 5’ matchups
To Top
%d bloggers like this: