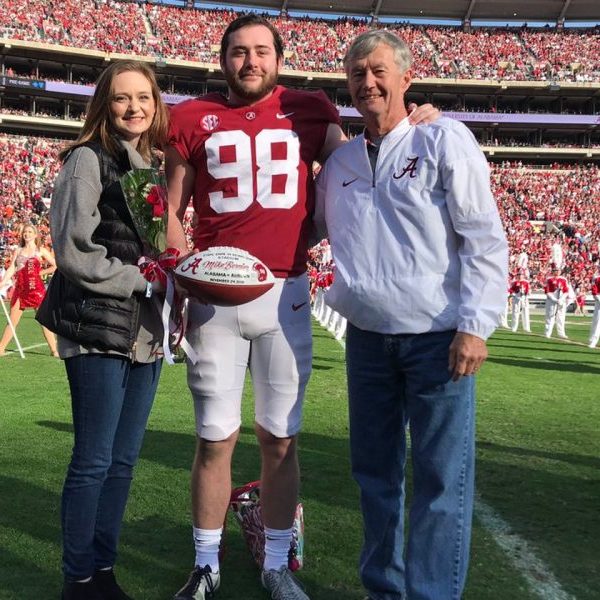 Mike Bernier, a former walk-on, spent the summer in the transfer portal – until he shared via Instagram on Saturday, Aug. 3 that he will return to the program for a fifth and final season.

Honored to have graduated with my finance and economics degree from this great University. I am excited to announce that I will be returning to Alabama for my 5th and final season of football while perusing my masters degree in marketing. Roll tide!

The punter from Bob Jones High School (Madison, Ala.) left a scholarship at Eastern Illinois, because he wanted to be closer to his mother. Despite losing her to cancer before the start of the 2018 season, Bernier dedicated his performance to her and inspired his teammates.

He replaced a struggling Skyler DeLong in the Crimson Tide’s matchup against Tennessee and started the next seven games after that one. Bernier was no JK Scott, but Alabama just needed some form of positive consistency at the time.

Listed at 6-foot-2 and 219 pounds, he had 15 of his 25 punts – 60 percent – to not be returned. Bernier dropped five attempts inside the opponents’ 20-yard line and 10 fair catches called. His longest boot traveled 55 yards and he averaged 40+ yards per punt versus Georgia (SEC Championship Game) and Auburn.

DeLong has made improvements as he enters his sophomore year; however, he still can be sharpened some more. Bernier’s return, coupled with a surging freshman in Will Reichard, should be all that is needed to push DeLong.

Breaking: LB Joshua McMillon Likely Out For Season with Injury
Inside linebacker will remain priority for Alabama on recruiting trail
To Top
%d bloggers like this: