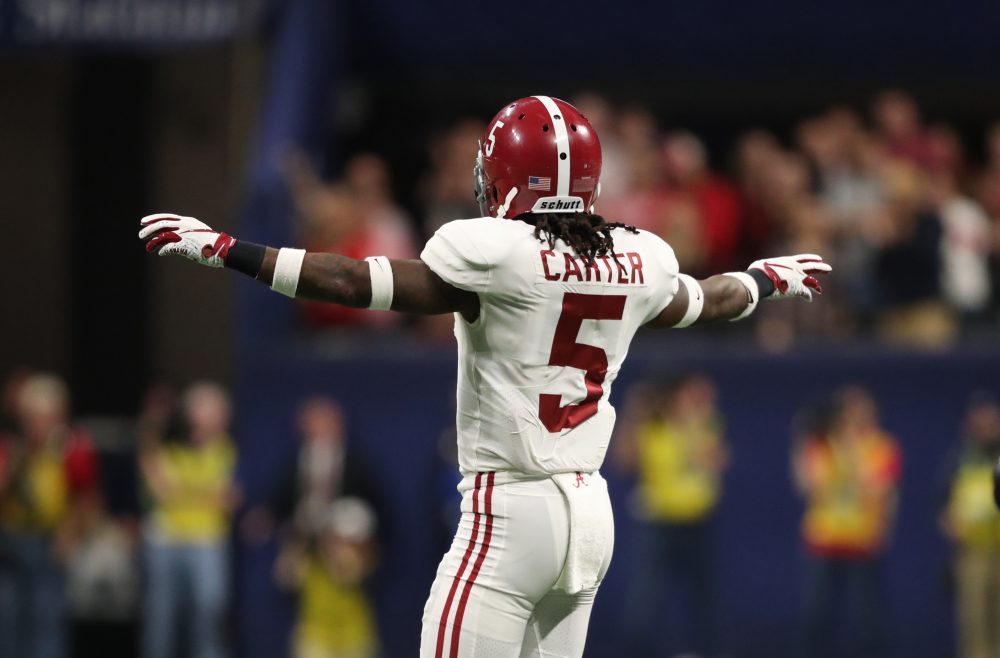 Like the 2015 and 2016 units before it, this year’s edition of Alabama’s secondary is prepared for elite competition.

Head coach Nick Saban has a mixture of experience and talented youth on the roster, but there is one name in particular that he, the coaching staff and the players respect in the defensive backfield: Shyheim Carter.

At Alabama’s Open Practice/Fan Day to start the month of August, Saban referred to Carter as one of the two to three smartest guys he’s coached for the Tide.

He stated that the Louisiana native has played every position in the secondary and he would make a great coach.

For Carter, the former four-star and his defensive coordinator – Pete Golding, another Louisiana native – are on the same page. The 6-foot, 191-pounder was tied for second in pass breakups (10) and totaled two interceptions last season, both returned for scores.

It was Eddie Jackson and Minkah Fitzpatrick that kept the 2015-17 units focused, and according to Xavier McKinney, Carter will do the same with this bunch.

“I think he is the smartest defensive back that we have,” McKinney said of Carter.“When Shy is out there, I definitely feel a lot more comfortable. He knows everything. He knows all of the adjustments. He’s a true vet. On the back end, he is that guy for us.”

The junior at strong safety would also state how if he is unsure about a call or a formation, then he looks for Carter to gain clarity. A third-teamer for the preseason All-SEC Team, Carter is the most underrated player defensively for Alabama. While he does not get the national attention he deserves, the senior is back for another opportunity to win a College Football Playoff title.

Carter was spotted at free safety this week in practice, as the Tide lined up in what appeared to be its first-team dime package. With his instincts and ball skills, Alabama’s back five is well on its way to reclaiming its title of “No Fly Zone.”