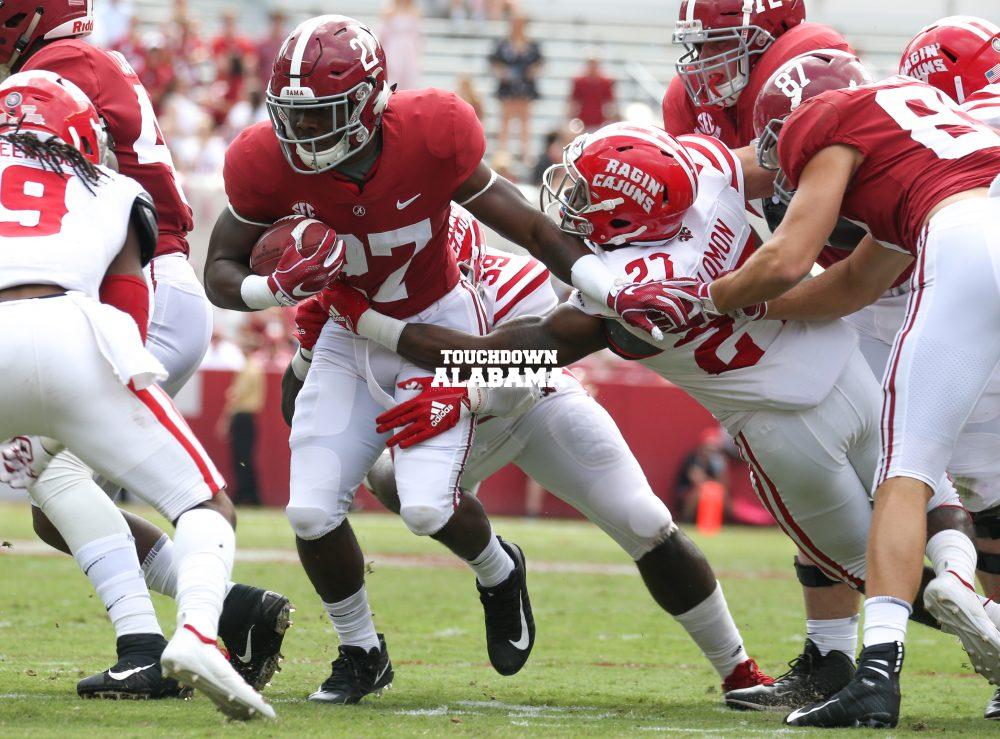 During Alabama’s final scrimmage on Saturday, more unfortunate news regarding their backfield occurred as redshirt freshman running back Jerome Ford went down with a sprained ankle. After the season-ending injury to five-star freshman Trey Sanders, Ford has been the main guy to fill in as the team’s third option at running back.

During Nick Saban’s press conference following the scrimmage, he confirmed Ford’s injury along with a timetable for return.

“Jerome Ford is probably the only guy that his any kind of injury,” said Saban. “Ankle sprain, (Ford) may be out for a week.”

As the crimson tide’s week, one matchup against Duke approaches in two weeks another injury to an already banged-up backfield is certainly not ideal.

Ford arrived at Alabama as the no. 6 all-purpose running back in the 2018 class according to 247 Sports. Although he saw limited playing time as a true freshman he did rush for 33 yards on just three carries in a mop-up role against the Louisianna Ragin’ Cajuns.