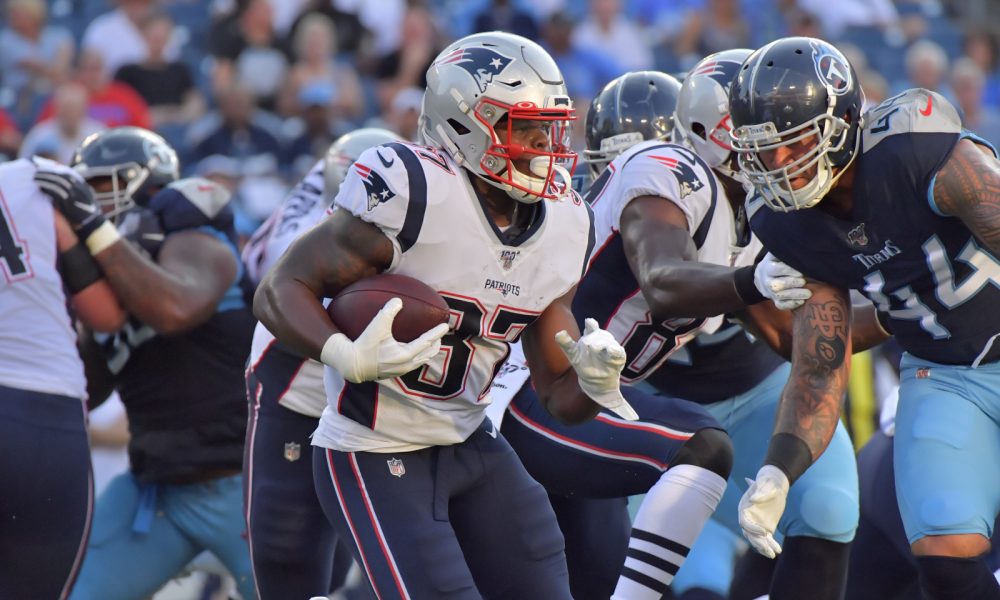 It may have been hard to give up honey buns and delicious snacks in the name of football, but it was worth for Damien Harris. The former five-star and workhorse at the University of Alabama debuted in his preseason game for the New England Patriots on Saturday versus the Titans.

He was underrated at times in his collegiate; however, Harris remained a productive leader and quality teammate. His hard work under Nick Saban translated into him being eighth in school history for career rushing yards (3,070) and a third-round pick of this year’s NFL Draft.

Tom Brady is arguably the best quarterback in pro football, but New England has lacked a consistent physical presence in its rushing attack. Harris may have provided Bill Belichick exactly what the franchise needs, as he carried the load 14 times for 80 yards in a 22-17 win.

He led all backs in carries and yards for the Patriots, while pounding the Titans defense for an average of 5.7 yards per rush. His long run of 20 yards in the first quarter was the definition of what he constantly did at Alabama.

Harris read his offensive line, made a quick cut and bounced the run outside.

He nearly scores on the play, but New England ultimately scores a touchdown.

Like he did at the NFL Combine, Harris showed his skills at receiver too.

The Kentucky native caught all four passes thrown to him for 23 yards, with his longest reception going for 10 yards. He totaled 103 yards from scrimmage in his first game as a professional athlete and there is definitely more to come from Harris at this level.

He was a 1,000-yard rusher twice at Alabama, but Harris may be even better in the NFL.