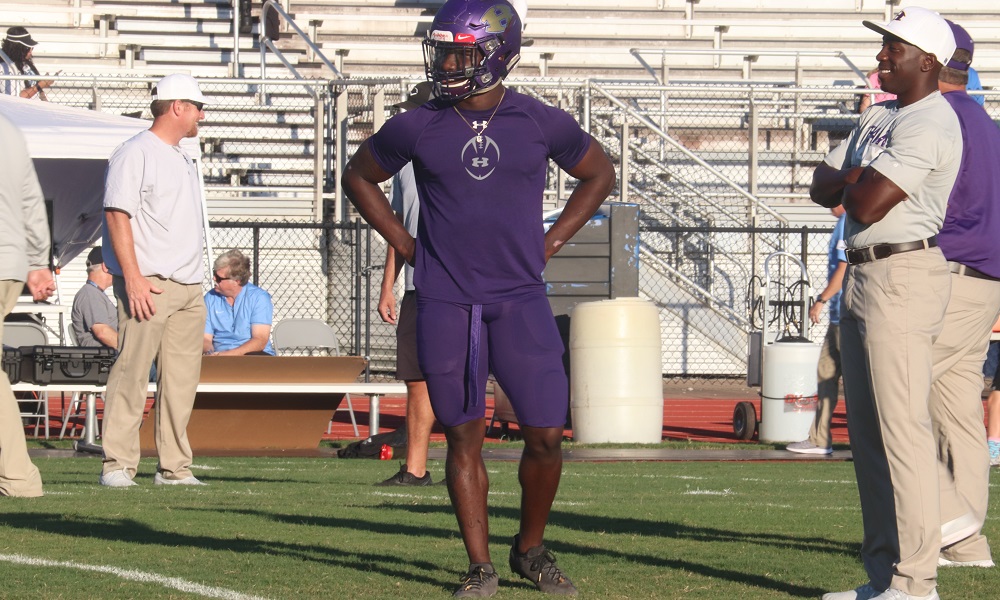 Alabama 2020 4-Star running back, Roydell Williams, continued his strong start to his senior season with another impressive performance against Helena High School.

Williams finished the game with 24 carries for 158 yards and three rushing touchdowns as the Hueytown Gophers beat the Huskies 32-24.  The 4-Star recruit said their half time changes helped pushed them to Thursday’s win.

“I had a couple of carries in the first half,” Williams said. “It took a long time to finally break one. We came in at halftime and made some adjustments, so we had to turn some stuff around.”

Similar to last week, Williams helped Hueytown jump off to an early lead by scoring a two-yard rushing touchdown in the first quarter. Williams ran the ball from the wildcat quarterback position.

Hueytown would strike again in the second quarter in a similar fashion. Williams would once against run the ball as the wildcat quarterback to put the Gophers up 16-0. This run was from twelve yards out.

During the game, Williams also spent some time rushing from the defensive end position. Hueytown uses him as a defensive end in one of their down and distance packages. The Alabama commit said it is helping him become a complete player.

“It is just about being a willing player,” Williams said “You have to beat an athlete all the way around. Our defense did a good job today, so I had to come in and helped the defense.”

Although Williams spent some time on the defensive side of the ball, his biggest impact was made on the offense as he scored the game-clinching touchdown as Helena attempted to make a comeback.

The senior back scored a 78-yard touchdown to give Hueytown a 32-21 lead late in the game.

“I just saw green grass,” Williams said. “My heart drop and it was just an adrenaline rush. I had to get to the endzone to make the big-time play.”

UA’s race at punter not over, Reichard and DeLong to punt versus Duke
CB Saivion Smith released by Jacksonville Jaguars
To Top