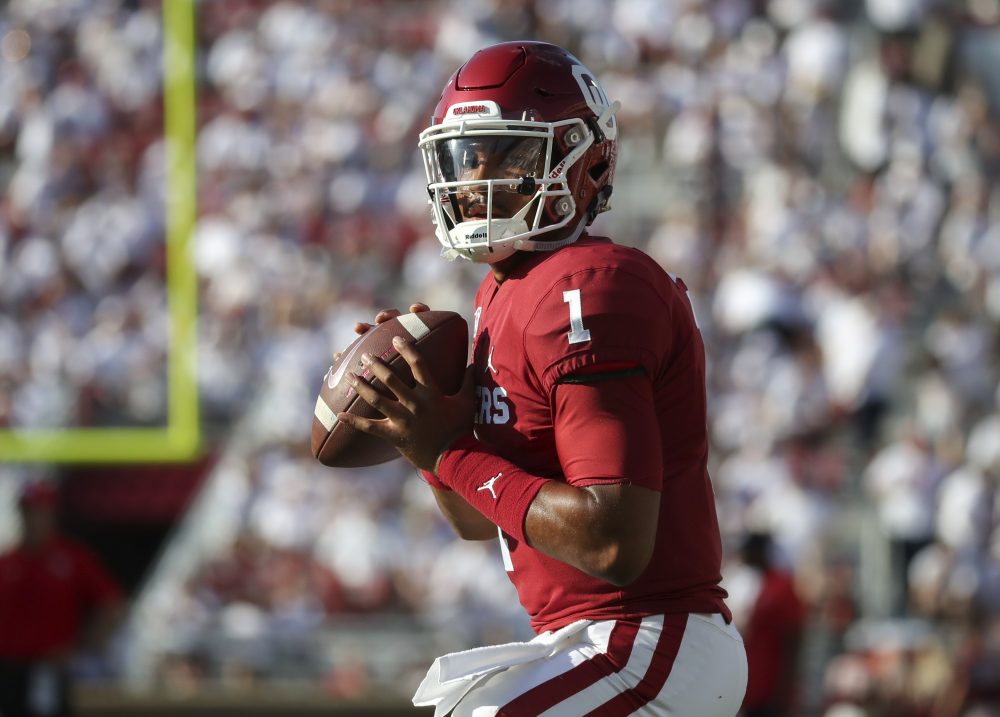 Former Alabama quarterback, Jalen Hurts, made his Oklahoma debut on Sunday and it did not take long for former and current Alabama players to take to social media and show love to their former teammate.

Annnnddddd Goodnight folks!! Jalen is responsible for 6 TDs at the end of the 3rd…. I’ve seen enough.

J Hurts is about to go CRAZY!

Jalen or Tua gone win this Heisman this year.. No debate!!

Will Lowery – Former Alabama Defensive Back

Jalen Hurts 128 rush yards, 302 total yards and 3 TDs in 1H… Big12 was built for him, they can’t tackle him. He’s such a strong runner. Looks comfortable in this offense too considering how long he’s been working with these guys

@FunnyMaine can we get a video of how bama fans watching the Oklahoma game?? Just for the culture