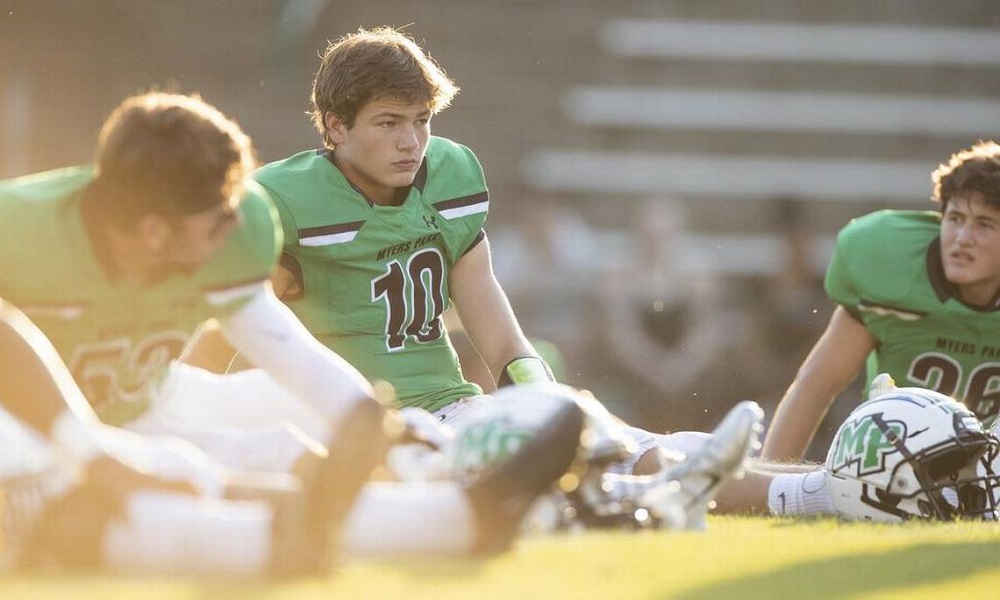 2021 quarterback, Drake Maye, gave Alabama his verbal commitment on July 17, giving the Tide a commitment at a priority position in their 2021 recruiting class.

Committed to The University of Alabama! Roll Tide? pic.twitter.com/AiZltK9gAX

Maye is a product of Olympic Park High School in Charlotte, North Carolina. The 2021 quarterback is one of the Tide’s two 2021 commits. Before announcing his decision to verbal commit to Alabama, Maye weighed several factors.

“The main factors that played a major part in my decision were are they a football school? Does my style fit into the offense? Do I have a good relationship with the quarterback coach and offensive coordinator? Does the head coach believe in me?” Maye said.

Alabama checks those boxes as Maye is a pro-style quarterback, who is comfortable at sitting in the pocket and throwing the ball. The Myers Park product also has a quick trigger and a good spin on his pass. During his sophomore season, Maye threw for 3,200 yards and 35 touchdowns.

In Olympic Park’s first game of the 2019 season, the Alabama commit was 16-21 for 211 yards and 3 touchdowns. He also ran in another touchdown on top of 42 rushing yards. Maye said he has been working on multiple parts of his game to become a better quarterback.

“I am always working on footwork, accuracy and recognizing fronts and coverages,” Maye said, “You can never get enough work on those things.”

Nick Saban and his staff also have a good relationship with Maye and it is getting stronger. They are now allowed to directly contact 2021 recruits by NCAA and contact with Alabama and Maye has picked up.

“Our relationship is really good,” Maye said. “I talk to Coach (Sal) Sunseri and Coach (Steve) Sarkisisian weekly. Now we are able to text.”

The Tide is expected to host Maye for a game at some point this season and a handful of other teams would like to also. Maye holds offers from Auburn, North Carolina, Ohio State, Tennessee and several other Power 5 schools. North Carolina is a team that will continue to recruit him hard as his dad is a former Tar Heels’ quarterback and his brother, Luke Maye, is a forward for North Carolina basketball.

Alabama will not relax on their pursuit to keep Maye committed as the quarterback position is a priority for them in the 2021 class as it is a good chance the Tide may not pull in a quarterback in the 2020 recruiting class.