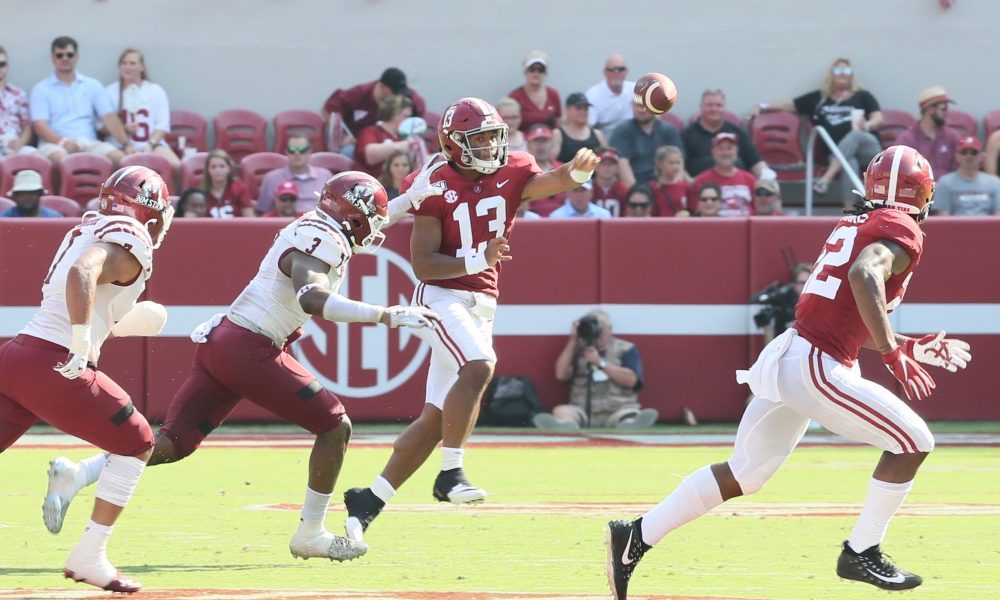 Now nearly a decade removed from the last meeting in Columbia, Alabama is making it’s triumphant return to take one South Carolina with revenge on their mind. Well maybe just on head coach Nick Saban’s mind but that’s more than enough to warrant some concern.

But this time the team’s are in much different states in terms of their programs. Alabama is the gold standard of college football and South Carolina is fighting for relevance. Although the program trajectories seem to be heading in opposite directions, there are still several key matchups to look out for throughout the matchup.

A ton of eyes will be on the backfield of the crimson tide today, in hopes that the unit can figure it out in terms of consistency. Up to this point, the backs have put up decent numbers in terms of yards per carry (6.3) and touchdowns (6), but watching the tape is a different story. Junior running backs Najee Harris and Brian Robinson are going to need to figure something out in terms of production at the start of games or Alabama may struggle a bit later in the season.

On the other sideline is freshman quarterback Ryan Hillinski who put up a huge game last week against Charleston Southern completing 24/30 passes for 282 yards, two touchdowns and one interception. Yet he is still extremely inexperienced, and having your second start against a defense like Alabama’s is a big ask of a young player.

Alabama’s pass rush will play a big factor in the disruption of Hilinski. During week one North Carolina was able to get after then starting quarterback Jake Bentley three times and that’s not with guys up front like Raekwon Davis, Terrell Lewis and Anfernee Jennings.

At this point, it goes without saying that Tua Tagovailoa is expected to be great but the main focus of the offense will be for play-caller Steve Sarkisian to find the right balance. Sure, Alabama has routed the first two team’s they’ve faced but now that conference play is upon them, it’s time to get a true look of what Sarkisian has up his sleeve.

The real Alabama defense will be showcased against USC