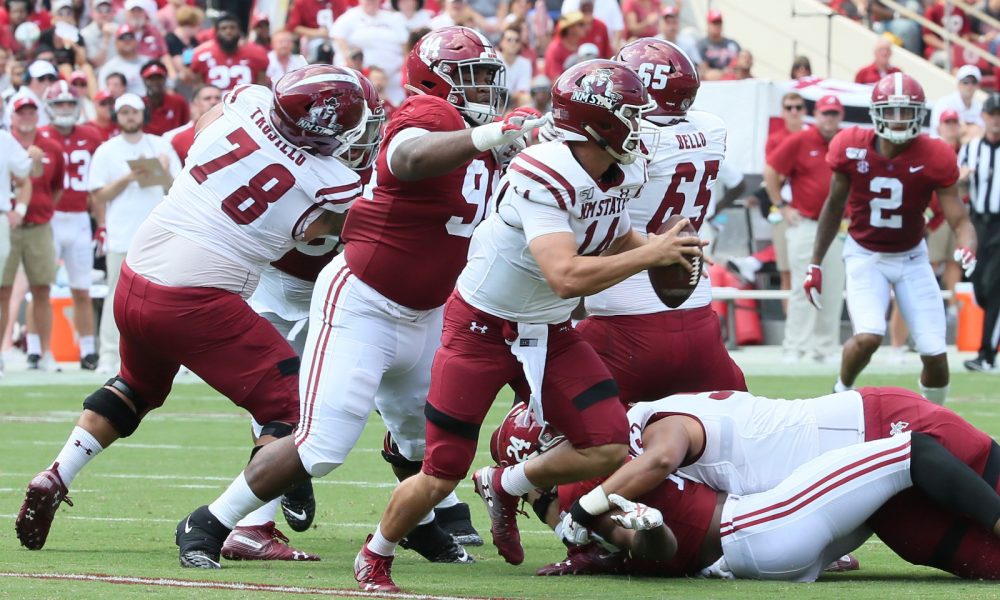 It usually takes Nick Saban about three regular season games to understand the team he’s working with at the University of Alabama.

Despite its defense allowing just 6.5 points per game, Alabama has not played anyone of elite caliber and the coaching staff has not had a reason to unleash anything. A different story comes today, as the Crimson Tide is in a place where it has not been in almost a decade.

The last time Alabama was at Williams-Brice Stadium in Columbia, S.C., its defense was torched for 35 points and Stephen Garcia had a big day in a 35-21 win for the Gamecocks.

South Carolina handed the Tide one of its three loses in 2010 as it finished at 10-3.

With a true freshman quarterback — Ryan Hilinski — the Gamecocks enter this matchup with confidence, yet it also will face a hungry Tide defense.

This will be the first Southeastern Conference signal-caller to meet Terrell Lewis, since his sack of Georgia’s Jake Fromm in the 2018 College Football Playoff National Championship Game.

Injuries have forced him to miss 25 career contests, but the redshirt junior is fully healthy and wants to be unleased on Hilinski.

As for Lewis teammates, the group of Raekwon Davis, LaBryan Ray, DJ Dale, Anfernee Jennings and Christopher Allen among others have things to say as well.

Alabama had done a decent job of affecting quarterbacks (four sack) and creating turnovers (three interceptions, four forced fumbles) in the first two weeks of its campaign; however, this meeting versus South Carolina begins the test of how good Pete Golding is as a coordinator.

Throughout the summer, Alabama has had to hear about Brent Venables and how elite Clemson’s defensive unit is.

Judging by how determined it comes out, the Crimson Tide is prepared to use the stage versus USC as a warning to stake its claim back to a national championship.

Time for the 35-year-old in Golding to set the violence loose in a big way.