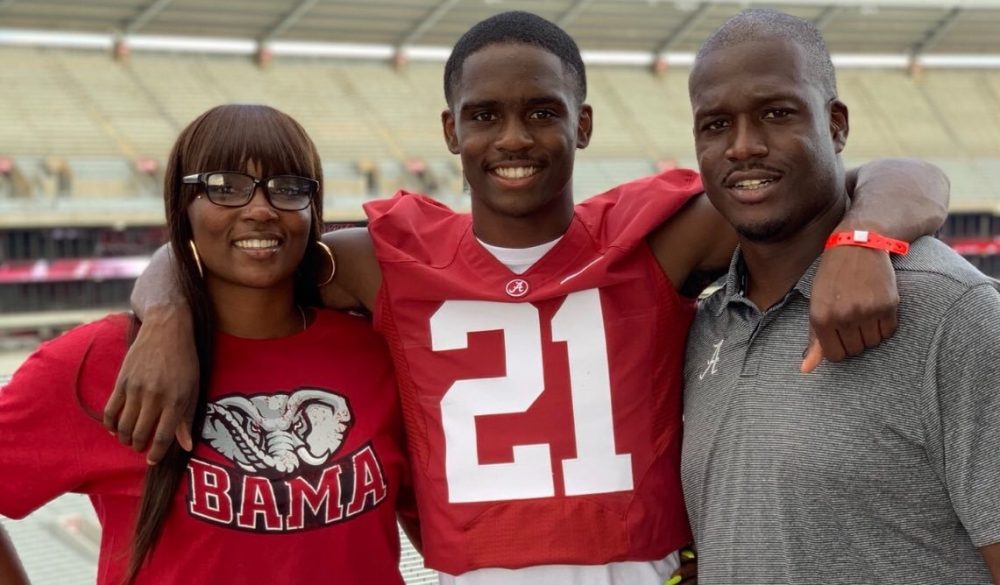 Alabama 2021 4-Star defensive back commit, Latrell McCutchin, is focused on having a successful recovery after suffering a torn ACL.

McCutchin committed to the Tide in June. The junior is one of the Tide’s two 2021 commits and is a product of LBJ High School in Austin, Texas. McCutchin said he is now focused on a comeback.

“To those of you all that have been asking me about my stats and how games have been going this year, I am sorry to say that I have torn my ACL and will no longer be playing my junior season,” McCutchin said via Twitter. “The comeback begins. Until next year., thanks for your support.”

To those of you all that have been asking me about my stats and how games have been going this year, I’m sorry to say that I’ve torn my ACL and will no longer be playing my junior season. The comeback begins, til next year… Thanks for your support❤️#WTMMIMI

The 4-Star recruit has seen limited action this season, but his recruitment has not been limited. Ohio State and Tennessee have both offered the Alabama commit this month.

The Tide got a commitment from McCutchin based on their reputation of putting their players in place to succeed.

“At Alabama, there is no way you are not going to be successful,” McCutchin told touchdown Alabama in June. “They are going to put you in the right spot. They are going to make sure you succeed in life and in football.”