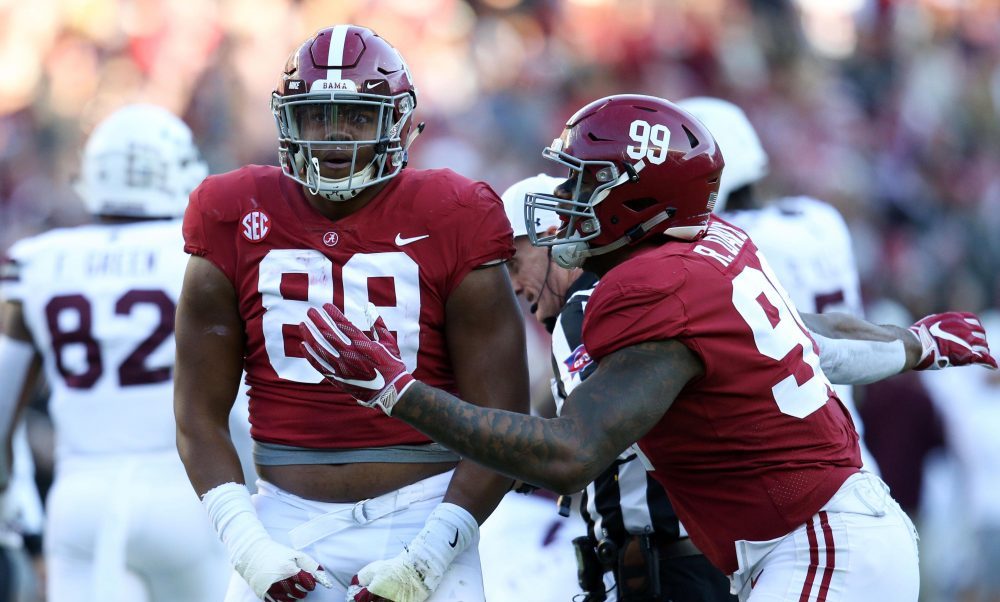 After suffering a foot injury against South Carolina last Saturday, Alabama defensive lineman LaBryan Ray provided an update via twitter on his surgery.

Thanks to everyone that reached out and for the prayers! Surgery went well and I promise you I will only get stronger from this. God got me

“From an injury standpoint, LaBryan Ray is probably out for sure for this game (Southern Miss), said Nick Saban during Monday’s press conference. “We’re doing some further testing to see what the situation is with his foot, but it’s undetermined right now as to how long he may be out.”

As of right now freshman Justin Eboigbe is listed as Ray’s backup and will likely start this weekends game against Southern Miss.