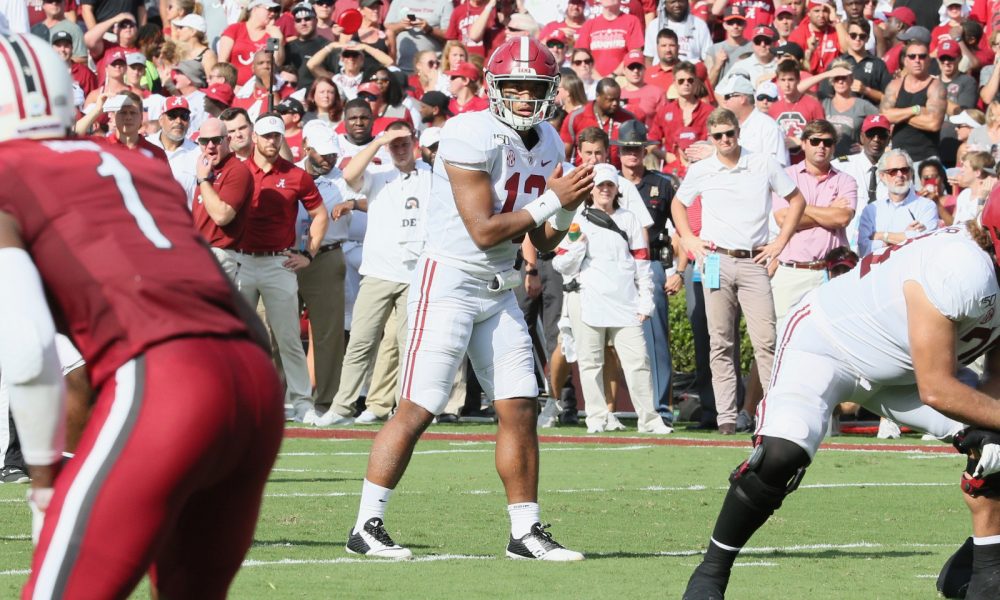 The 6-foot-1, 218-pounder is coming off a career performance against the Gamecocks, where he became the first signal caller in Alabama football history to record 400-plus passing yards with five touchdowns in the same game. He completed 28 of 36 pass attempts for 444 yards with five scores and anchored an offense that ripped off 576 total yards last week.

Through the first three weeks of the season, Tagovailoa has completed 70 of 91 passes – 76.9 percent — for 1,007 yards with 13 total scores (one rushing) to no interceptions.

Tagovailoa is 12 scoring tosses shy of surpassing former Alabama quarterback, AJ McCarron (77) for most all-time in school history. The Maxwell Award, which is presented by the Maxwell Football Club, goes to the player of the year in college football. Tagovailoa won the honor in 2018, following a performance of 3,966 yards with 48 total touchdowns to six interceptions.

His primary goal this season is to guide the Tide to a national championship.