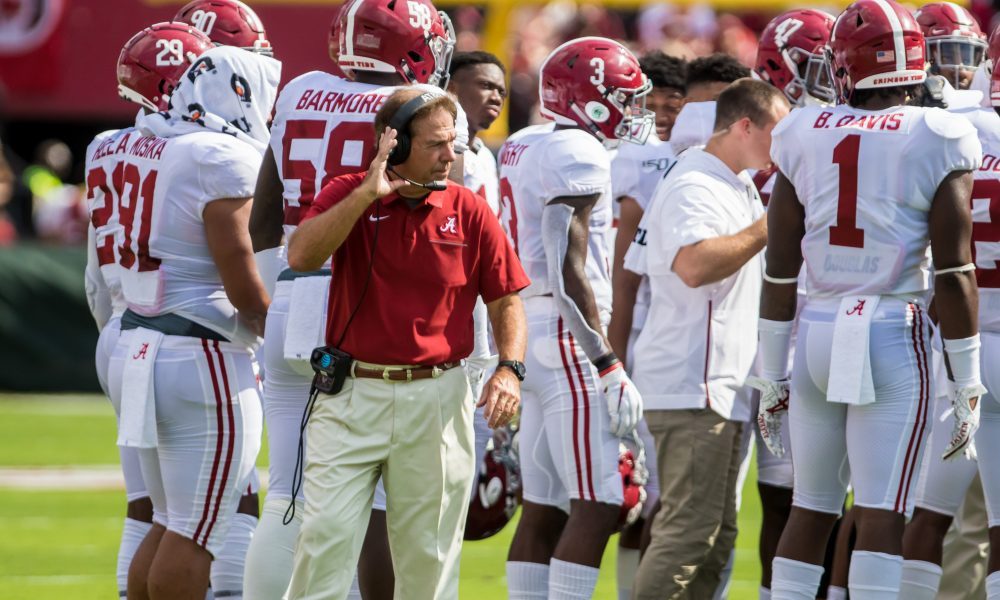 During his final press conference of the week, Alabama head coach Nick Saban was asked for an update on freshman defensive lineman Antonio Alfano after reports of him intending to transfer from the school. And Saban didn’t mince words when talking about the former five-star recruit.

“Well, I don’t really know much about that. I just know that the guy basically quit,” said Saban. “He quit going to class, he quit coming here. We tried to encourage him, we tried to help him. We had tried to set up counseling sessions with him to help him every way we could. And all those things are still available to him if he wants them, but he didn’t respond to any of the things, so until he responds, you just have to assume the guy quit.”

The head coaches comments on the entire matter were in a much different tone from the statement Alfano’s parents released via Twitter last week.

“Antonio’s grandmother recently fell very ill and is still fighting on life support,” read the statement. “He is very close with her. Since this illness took effect, Antonio has taken it very hard. He has not attended classes and practices.

Despite his parents, hopes of the 285-pound freshman to stay at Alabama, with words like these coming from his head coach it’s fair to say that particular future is beginning to look a bit unlikely.

Alfano enrolled in January and was one of Alabama’s top recruits of the 2019 class if he does decide to transfer he would be the ninth member of the crimson tide to do so this year.