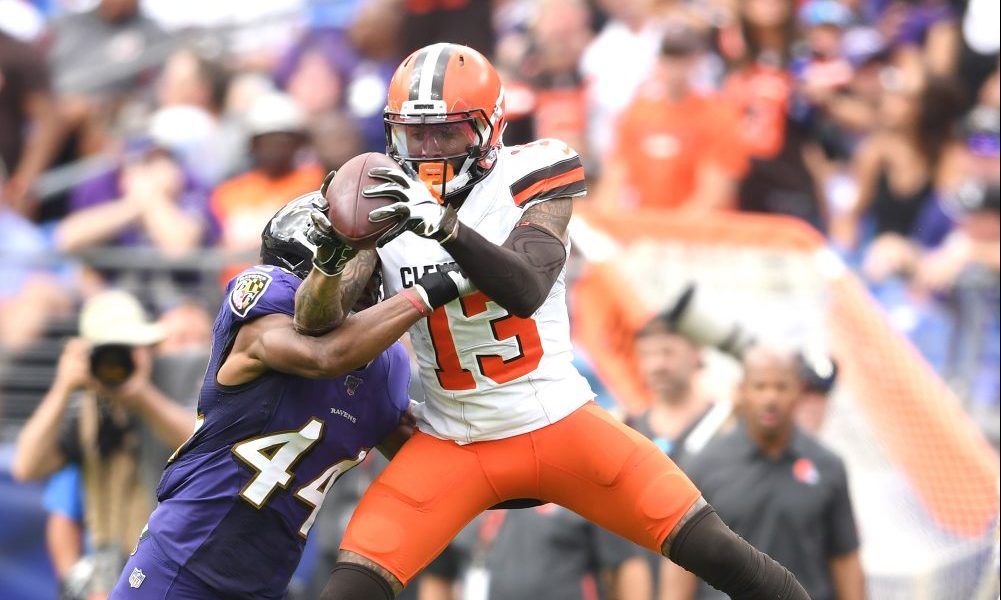 It looks as if NFL referees are really going the extra mile when they talked about cutting back on penalties as Browns wide receiver Odell Beckham Jr. and Ravens defensive back Marlon Humphrey appeared to break out their UFC skills after a play.

Humphrey who held the superstar receiver to no catches in the first half, was one of the few standout players for Baltimore during the team’s 40-25 loss.

Late in the third quarter Beckham and Humphrey locked up on a run play which led to the extracurriculars. The Browns receiver appeared to try and hit Humphrey in the face which ended with the two on the ground.

OBJ and Humphrey have a scuffle #browns #ravens pic.twitter.com/GImxikaCLK

Odell casually getting choked out, refs call nothing pic.twitter.com/eAMEobiZdL

Neither were ejected from the game but both received unnecessary roughness penalties. Beckham finished the game with two catches for just 20-yards which may have been one of the reasons why the fight ensued.

“I saw what you saw,” said Kitchens. “He was getting chocked on the ground. They get away with that because it’s Odell. I’m going to be on the phone with Al (Riverion, NFL’s senior VP of officiating) when I get on the bus.”