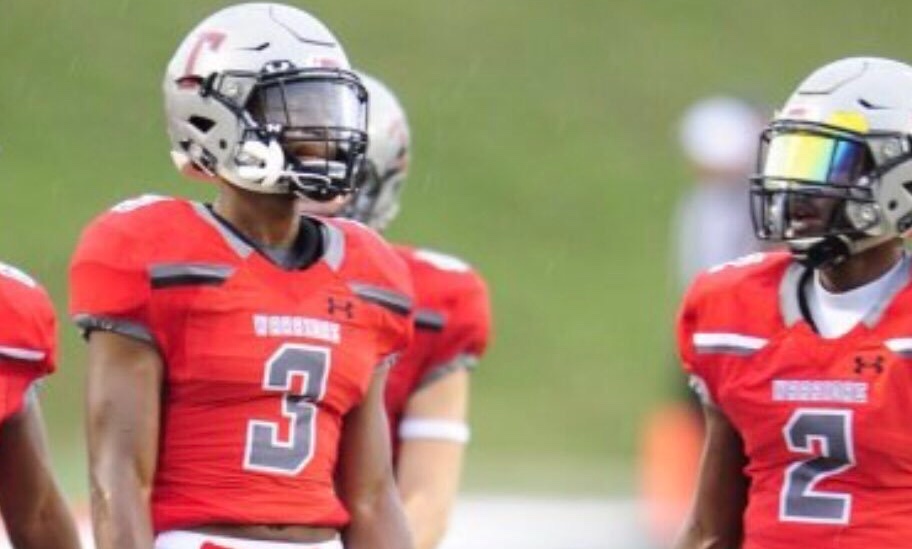 2023 defensive back, Tony Mitchell, visited Tuscaloosa on Saturday and left with an offer from the Tide.

Alabama’s defensive back coach, Karl Scott, informed Mitchell of his offer. Mitchell said he feels, Alabama’s success over the last couple of years has been great to watch.

“It has been great,” Mitchell said. “They have been competing in the national championship almost every year and a lot of their players get drafted in the 1st round. They also have the greatest coach of all time in Nick Saban.”

Mitchell currently plays cornerback for the undefeated Thompson High School Warriors, which is the former high school of Alabama quarterback, Taulia Tagovailoa. It has not taken long for the first-year varsity player to make an impact for the Warriors’ on defense as he was able to make an interception on his first time out.

The Tennessee commit said his early success in the season is a product of him and his teammates’ hard work.

“Everything has been great,” Mitchell said. “We are 5-0 and working hard to get better every week. I have great coaches, great teammates and I am loving it. I am glad to be surrounded by good people and have great support.”

Since Mitchell is only a freshman in high school at the moment, his recruitment is a very long way from done. His offer list should continue to pile up as he is expected to be among the very best prospects in the 2023 class. Alabama looks to have put a horse in the race for the in-state product.