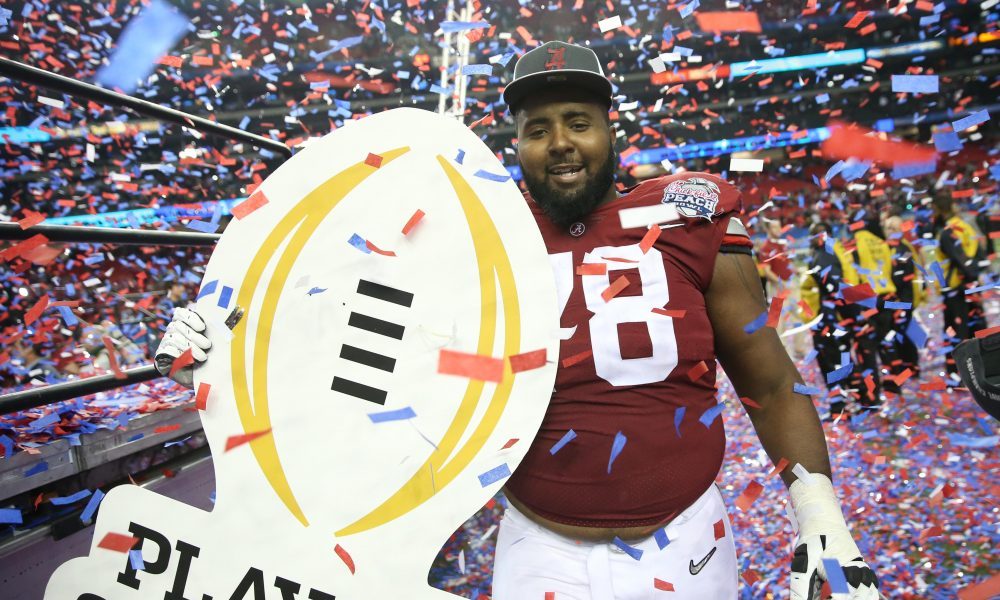 Today it was announced that the XFL, who’s season begins in 2020, will conduct its draft on October 15-16, 2019. The league simultaneously released its official 187 player pool which contained one former member of the Alabama Crimson Tide in offensive lineman Korren Kirven.

Kirven, who’s last NFL action was with the Dallas Cowboys training camp, had been a journeyman since joining the league as an undrafted free agent in 2017. He has spent time with the Tampa Bay Buccanneers, Cleveland Browns and Carolina Panthers as well.

Before turning pro, Kirven was a four-star recruit out of Lynchburg, VA when he arrived at Tuscaloosa in 2012. During his first two seasons with the Crimson Tide Kirven played as a defensive lineman before switching to the offensive side of the ball for his last season.

While at Alabama Kirven was a part of two national championships in 2012 and 2015.