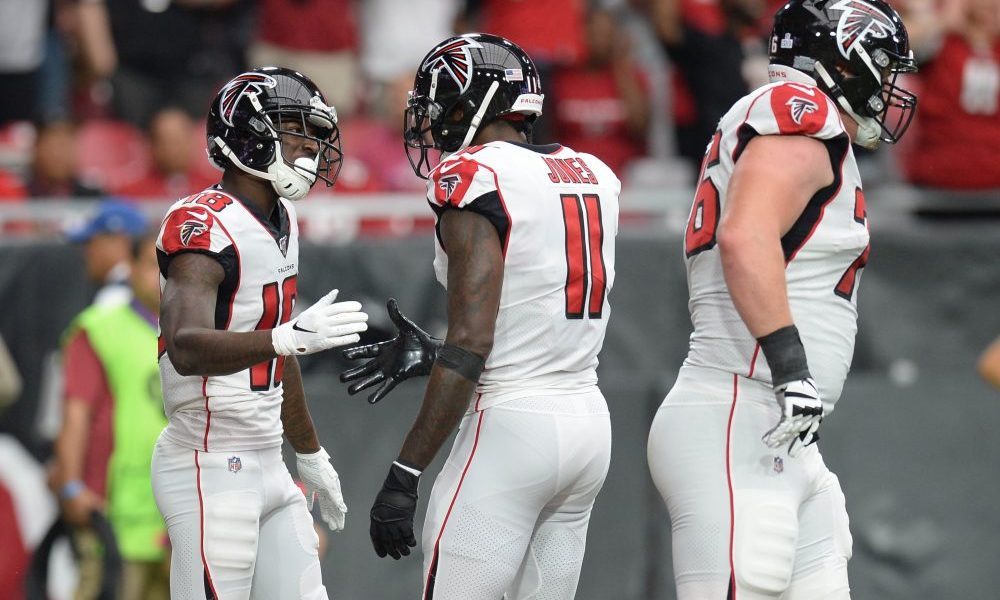 The Atlanta Falcons possess one of the best receiver duos in the NFL in former Alabama All-Americans Julio Jones and Calvin Ridley. Both were among the best players to ever catch a pass in Bryant-Denny Stadium and both were high first round selections. Jones is the highest paid receiver in the NFL and with good reason and Ridley has shown to be a legit number two target and perhaps even a number one in the future.

But the team simply can not find a way to win. Atlanta currently sits at 1-7 on the season and with the new injury to quarterback Matt Ryan it’s going to get a lot worse.

Although Jones and Ridley have been the least of the teams problems, in fact they seem to be the only bright spots. Jones currently sits inside the top three in receiving yards yet again with 712 yards on 50 catches, which is the least amount of receptions in the top three. Ridley is tied for third in receiving touchdowns on the year with four along with Jones. The pair also has 19 receptions for over 20-yards and yet here they are among the NFL’s worst.

These kind of results can essentially be put on a couple of areas of Atlanta’s team. Defense and the poor play of the offensive line have stalled to progression of the team.

All season Atlanta has been among the worst defensively despite having a defensive minded coach in Dan Quinn. Currently ranked 27th in total defense, something will have to give on that side of the ball or people will start losing jobs.

In terms of the offensive line age and injury have seemed to catch up with them. The team has suffered a number of injuries, retirements and new pieces who have turned out to be downgrades from last season. This has resulted in Atlanta not being able to run the football at all as they average just 3.7 yards per rush as a team. Ryan has also had less than ample time to throw in the pocket. He’s been sacked 19 times this year which has resulted in his injury.

All in all, Falcons fans pretty much only have Jones and Ridley to hang their hats on this season and unfortunately it may be the only two bright spots on the team moving forward as well.