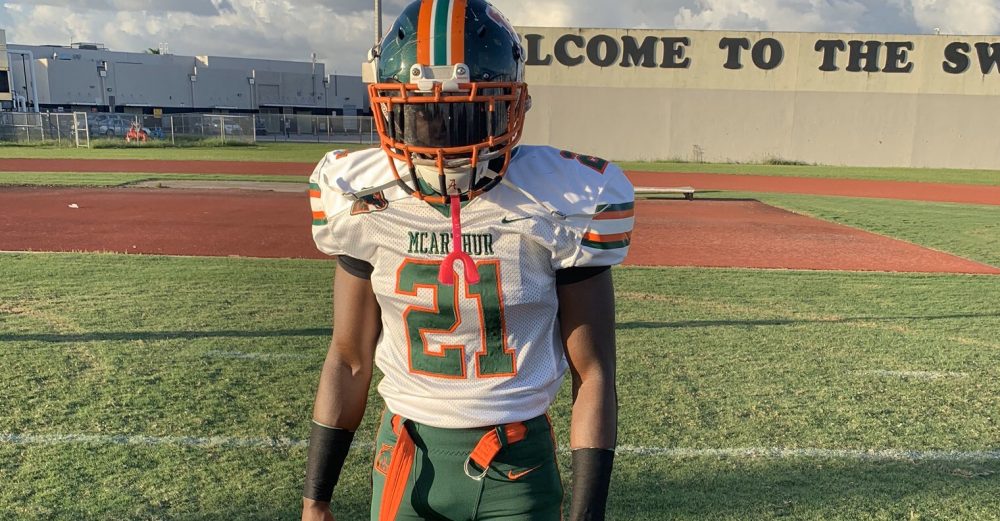 Alabama’s coaching staff was hitting the recruiting trail on their week off and the state of Florida was one of their stops.

The Tide’s running back coach, Charles Huff, spent time in Florida, where he offered several prospects.

2022 safety. Alfonzo Allen, reported an offer from Alabama on Friday. The Tide’s offer was Allen’s 15th Division 1 offer. Allen is a product of McArthur High School in Hollywood, Florida.

“Coach (Charles) Huff told me about my offer in person,” Allen said. “I felt great when I found out they were offering me.”

Alabama’s head coach, Nick Saban, works closely with the Tide’s defensive back group and Allen has noticed that. The Florida prospect was complimentary of the six-time National Championship winning coach.

“The man is legendary in Tuscaloosa,” Allen said.

At 6-0 and 175 pounds, Allen has growed a couple of inches and added on a couple of more pounds. The 2022 recruit has an aggressive playing style, which allows him to play close to the line of scrimmage at times. Alabama’s coaching staff told him they like his aggressiveness as he continues to try to get better.

“They said they like my physicality,” Allen added. “I am working to get better to become a complete safety.”

Allen will most likely garner a 4 or possibly a 5-Star rating before his recruitment is done. His offer list will also expand and get longer, which means Alabama has made a good move in their pursuit of Allen by offering him at this point in his recruitment.

There is no unofficial visit date set for Allen to visit Tuscaloosa, but he is considering attending the Iron Bowl.