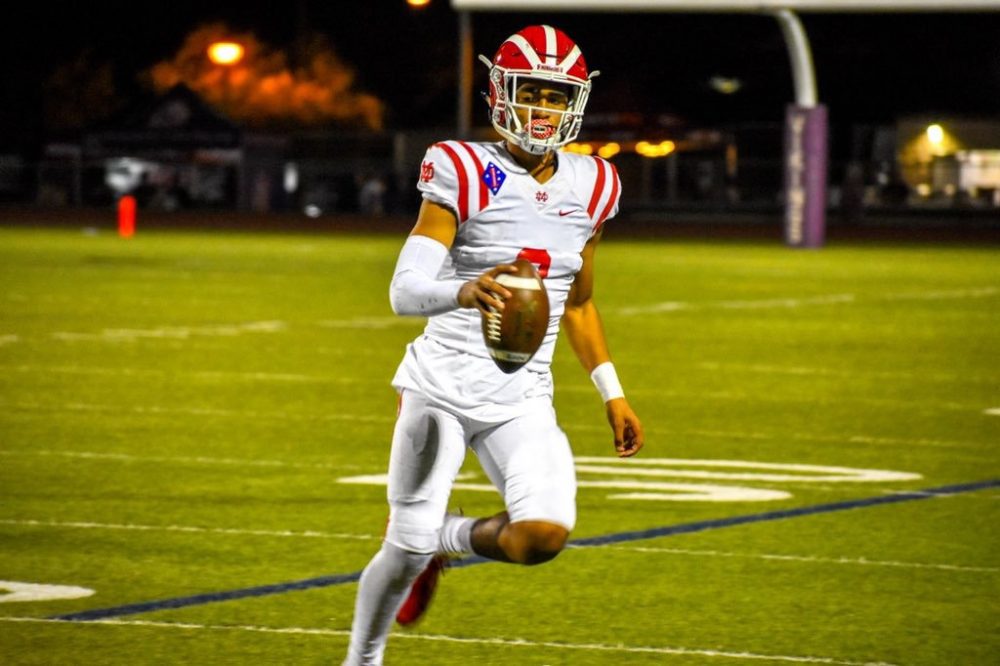 Alabama’s 5-Star quarterback commit, Bryce Young, had yet another explosive performance with some impressive numbers in the first half as he helped Mater Dei defeat JSerra Catholic on Friday, 51-14.

Young was 17-of-17 for 353 passing yards and five touchdown in the first half. His perfect completion percentage broke Mater Dei’s school record for passing percentage in one half, which was previously held by him. Young’s private trainer and former quarterback coach, Danny Hernandez, told Touchdown Alabama, Young has showed a ton of growth recently.

“His spacial awareness is next level, I think it is better than anybody I have ever seen,” Hernandez said. “I think he has been able to understand when he has to run and when he has to pass. Now, he is really trying to beat you with the pass, extend plays, create space and try to get the ball out to other athletes. Another thing he has done really well is understand protections. He is the kind of kid, you have to constantly give new information to because he is so sharp and he thrives off that new information.”

Watch Highlights From Young’s Performance Below:

Young did not play in the second half.