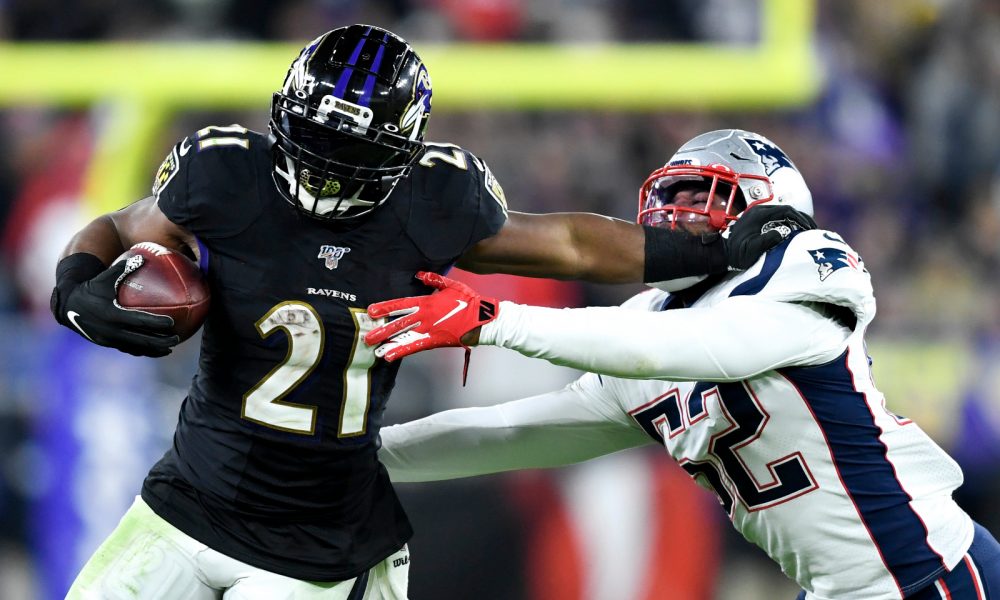 When one is able to dominate Bill Belichick, Tom Brady and the New England Patriots on both sides of the football, it has done something great.

For the Baltimore Ravens, it did just that in earning a 37-20 victory on Sunday at home. Ravens’ head coach, John Harbaugh got marquee production from a couple of former University of Alabama standouts on offense and defense.

Since coming to the AFC from the New Orleans Saints, Mark Ingram has been a blessing to the Ravens and Lamar Jackson. He picked up his third 100-yard rushing performance versus New England – gashing it for 115 yards on 15 carries, with his longest run going for 53 yards.

RELATED: Minkah Fitzpatrick becoming an interception machine with the Steelers

Three of his attempts resulted in first downs, to a tune of 7.7 yards per carry.

Ingram’s excellence on the ground set Jackson in motion to be very effective in the passing game. The second-year quarterback completed 17 of 23 attempts for 163 yards with one touchdown and no turnovers.

With a quick start from the 2009 Heisman winner and BCS National Champion, Jackson was also able to record a pair of rushing scores on the Patriots.

Defensively, Marlon Humphrey is becoming a Pro Bowl and an All-Pro cornerback.

He’s made clutch plays in each of the last four weeks – including a 70-yard fumble return touchdown against New England. Despite the loss of C.J. Mosley, Humphrey and Earl Thomas are the leaders for the Ravens and the team is thriving. The former Crimson Tide corner has 28 total tackles (four for loss) and totals seven pass breakups, two interceptions, two forced fumbles, three fumble recoveries and two defensive scores.

His touchdown on Sunday was the longest run back in franchise history.

The tandem of Ingram and Humphrey has Baltimore leading the AFC North at 6-2 and in prime position to chase down the Patriots for home-field advantage throughout the NFL playoffs.

Minkah Fitzpatrick becoming an interception machine with the Steelers
Amari Cooper has Cowboys’ offense rolling after win over the Giants
To Top
%d bloggers like this: