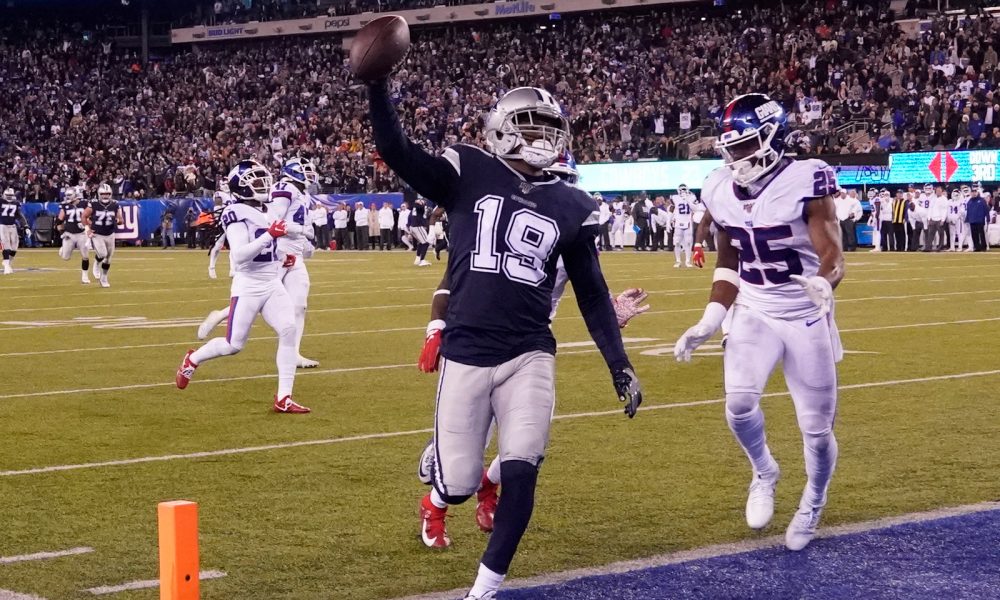 In his first full season with the Dallas Cowboys, Amari Cooper is both comfortable and performing at a high level. He stated how the move from Oakland to Dallas was needed upon being traded last year, but now the former Alabama receiver has become an explosive weapon.

He and Dak Prescott are continuing to develop a strong connection, as the two led the Cowboys to a 37-18 win over the New York Giants on Monday Night Football.

Cooper brought in four passes (seven targets) for a game-high 80 receiving yards – including a 45-yard touchdown reception in the fourth quarter. His route-running prowess, speed and ability to create difficult angles for defenders to tackle him all in handy on the play. He averaged 20 yards per catch and two of his four receptions resulted in first downs or touchdowns.

Cooper’s performance allowed Prescott to toss for three scores, while opening an opportunity for Ezekiel Elliot to post 139 yards rushing on 23 carries. The former five-star and native Floridian has recorded a touchdown in five of eight games this year. Cooper accounts for three 100-yard outings and one 200-yard game (vs. Green Bay, 11 catches – 226 yards) in the regular season.

He currently leads Dallas in receptions (42), receiving yards (701) and touchdowns (six), while ranking eight in the NFL in yards and sixth in yards per game (87.6). If the playoffs started today, Cooper would have the Cowboys with the fourth overall seed in the NFC at 5-3.

The former All-American and 2014 Fred Biletnikoff Award winner will face the Minnesota Vikings at AT&T Stadium in Arlington, Texas this weekend.