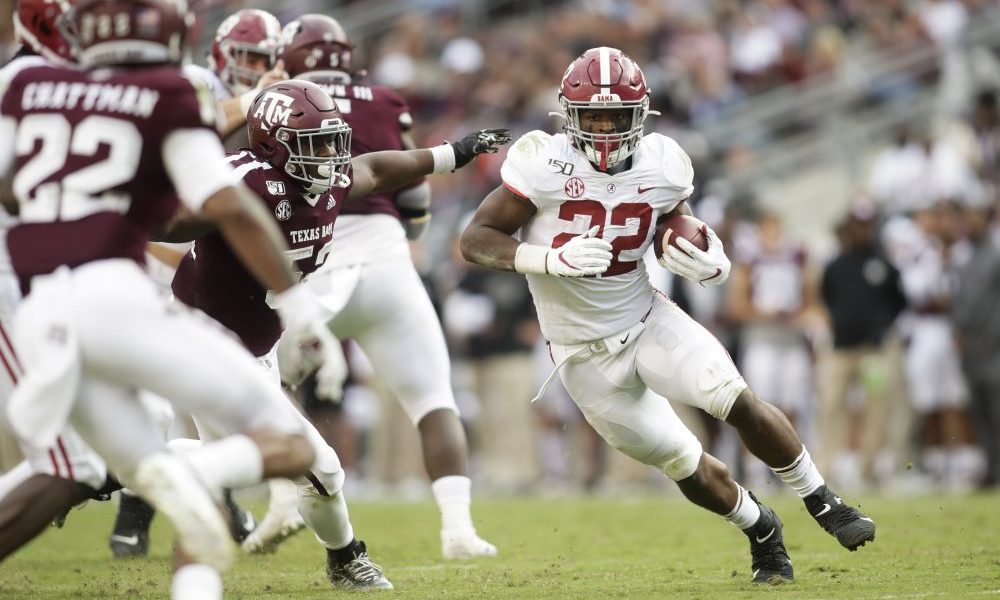 The first edition of the College Football Playoff Rankings will be released on Tuesday at 8 p.m. CST.

The Crimson Tide have controlled what they can control by remaining unbeaten ahead of the first ranking. Touchdown Alabama’s staff predicts where Alabama will land in the first edition of the CFP Rankings.

“LSU has one of the top offenses in the nation, led by Heisman contender, Joe Burrow. The Tigers also have wins over Texas, Auburn and Florida. Ohio State carries wins against Cincinnati and Wisconsin, which should put them at number two. They also have a top ten offense and defense. Clemson’s only quality win is Texas A&M and it could be there top win as the only other rank team they play is Wake Forest. Alabama also has one of the top offenses in the nation and shares a win over Texas A&M with Clemson. With LSU and Auburn coming up, the climb to No.1 is in front of them.”

“LSU’s three wins against possible Top 25 teams will propel the Tigers to the top of the rankings. Ohio State looks to come in second with their impressive play when it comes to the eye test and their wins over Wisconsin and Cincinnati. Alabama will look solid at the third spot for now as they have beaten everyone put in front of them. With LSU, Auburn and a possible SEC Championship game in the future, the Tide are still in a good position. Clemson has remain undefeated but their tough win against North Carolina will be taken into account.”

“The Tigers have been at the top of the food chain since week two of the season when
they defeated Texas and accompanied by the wins over Florida and Auburn it is clear, who the number one team in the country is. Although it’s been a much different looking Alabama team this season, Nick Saban has gotten his young team ready to play every single week without many slip ups. To be honest the gap between Alabama and Ohio State is razor thin. The Buckeyes have throttled every opponent in its path and out of the top four teams have looked like the most complete team. I know the ACC is awful and Clemson has had no good or impressive wins on the season. But you can’t penalize the defending national champions because the rest of the teams in their conference stink.”