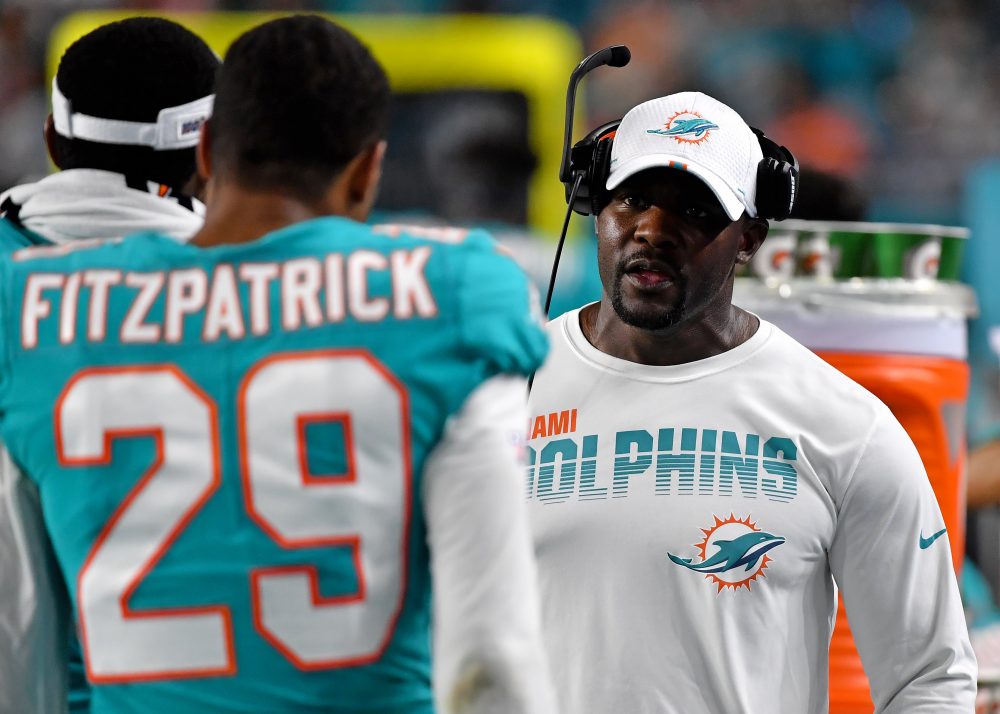 It’s no secret, the Miami Dolphins are going through a major rebuilding phase with their franchise. With all-new faces on the coaching staff, defense and at quarterback it can be expected that some younger players may go through some growing pains within the new system. One of those players is defensive back Minkah Fitzpatrick.

Coming off of a successful rookie campaign at free safety and cornerback the versatile defender has now been called upon by first-time head coach Brian Flores to move to strong safety due to the team’s injuries. To put it kindly it hasn’t worked out very well.

During a scrimmage against the Tampa Bay Buccaneers Fitzpatrick struggled mightly as he was directly responsible for giving up two touchdown passes to quarterback Jameis Winston. Omar Kelly, an NFL beat writer for the South Florida Sun-Sentinel, tweeted about the former Alabama defensive back’s struggles. Much to the dismay of Fitzpatrick’s mother.

No you would never want to do that maybe it’s because he is not a ss and is being used to suit other people skill set not his own . But you know let’s just keep ripping him because we know it breaks your heart to do that

“No you would never want to do that maybe it’s because he is not a ss and is being used to suit other people skill set not his own,” read the tweet from Fitzpatrick’s mother. “But you know let’s just keep ripping him because we know it breaks your heart to do that.”

Afte practice Fitzpatrick himself had a chance to respond to the Twitter skirmish.

“She’s not wrong,” said Fitzpatrick via NFL.com. “Coach has asked me to do something right now. I got to do what they ask me to do. If we have to have some discussions in the future, we’ll have those discussions. You just got to do it man. If you resist it, you’re not going to play well. If you think about playing somewhere else, you’re not going to make the most of your position.

“I’m not 215 pounds or 220 pounds. So playing in the box isn’t best suited for me, but that’s what coach is asking me to do. I’m going to go out there and practice my hardest.”

Although Fitzpatrick’s transition has been a bit rocky, Flores is still pleased with the progress he has made since the change.

“He’s done a really good job,” said Flores. “Obviously, it’s never perfect for anybody, but he’s a guy who we’ve used in multiple roles. He’s taken to that and really learned them all at a pretty good level.

It looks like the Dolphins are looking to make to treat Fitzpatrick like a utility baseball player this season. At this rate, you may see him taking some snaps at punter and left guard next week.