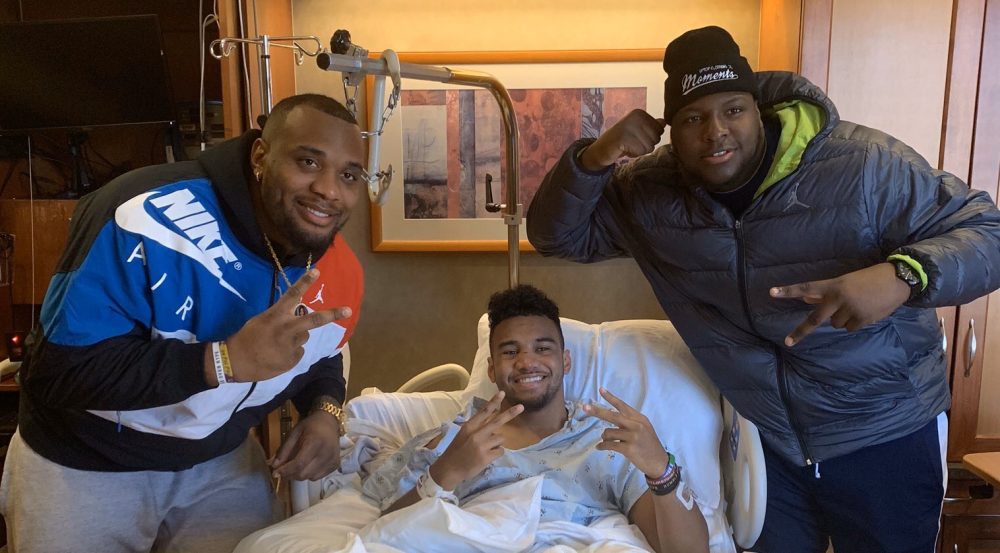 Several Alabama players spent some of their off time on Sunday with Alabama quarterback, Tua Tagovailoa, in the hospital.

Tagovailoa seem to be in good spirit as he smiled and joked with his teammates.

Here are a few videos and pictures of Alabama players visiting Tua:

Tua is feeling the love as many of his teammates surround him in the hospital before he heads off for surgery tomorrow. 💯💪 pic.twitter.com/EUR1mjQwqa