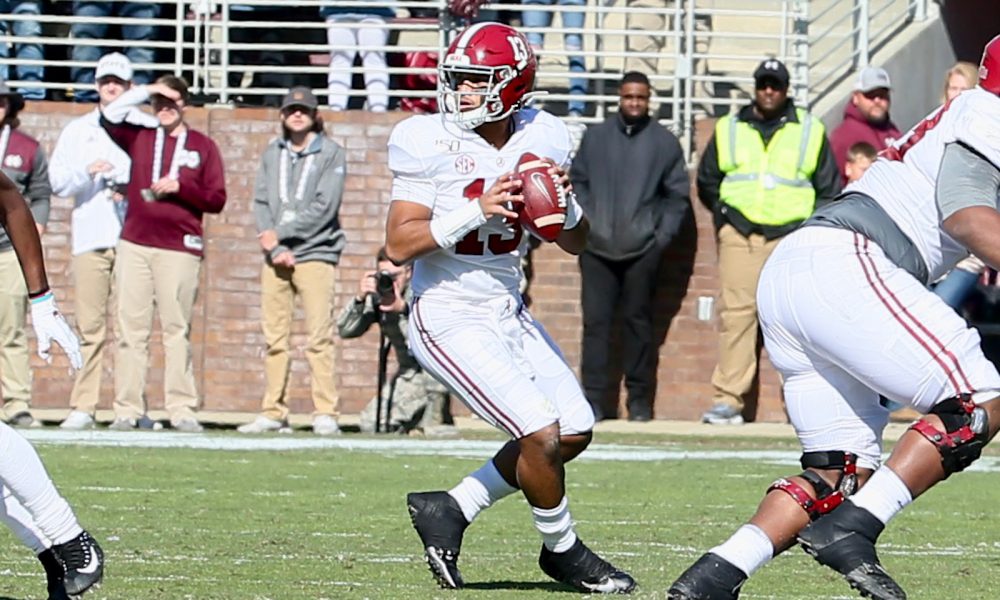 One day after a scary moment occurred for Alabama football and all who are invested, Tua Tagovailoa is ok. He sustained a right hip injury versus Mississippi State on Saturday and the team earning a 38-7 win, it came at a huge cost. The junior quarterback had to be carted off the field and then transported via helicopter to St. Vincent’s Medical Center in Birmingham, Ala.

Prayers and thoughts were lifted from Crimson Tide fans in respect of its signal caller and according to Dr. Lyle Cain, the team’s Orthopedic Surgeon released in a statement that Tagovailoa is ‘expected’ to make a full recovery. While he will have surgery on his hip in Houston, Texas, another surgeon offered his thoughts on the situation via YouTube.

RELATED: Tua Tagovailoa to fly to Houston on Monday for hip surgery

The move that was used to reduce his hip and get it back into position is called the “Allis Maneuver.” In this process, surgeons stand on top of the patient, bend and flex their knee and apply a posterior directed force in pulling up and down. Once the hip is in a good position, surgeons then proceed to test its stability. If the hip is unstable, a metal pin is placed inside the bone and then traction is added on the leg to hold the hip joint reduced.

With a proper surgery, a patient is made non weight-bearing for six to 12 weeks.

This is an equivalent of two to three months for Tagovailoa and with him out for the remainder of the season, the question is will he continue to pursue football as a full-time career?

For now, his thoughts and the prayers of those around him is getting through surgery.