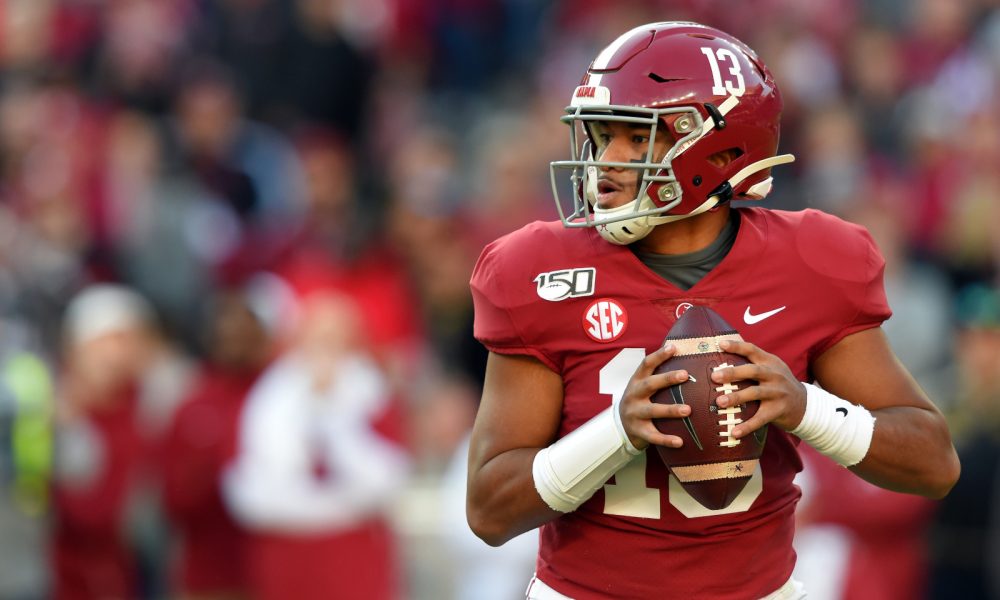 Sometimes one does not know how many people it has impacted, until it faces a difficult circumstance.

For Tua Tagovailoa, the University of Alabama quarterback and his family have been loved by fans, coaches, players, support staff and others since arriving from Hawaii.

In three years, his style of play brought many admirers.

Other than parents and children who are invested in the Crimson Tide, people in the National Football League also fell in the category of those drawn to Tagovailoa. Former Super Bowl-winning quarterback, Trent Dilfer was one of the first guys to get his hands on the exceptional talent at the Elite 11 competition.

He was very hard on Tagovailoa, but the young man took it in stride and developed into the best that came through the program.

His career is filled with a few milestones, including a College Football Playoff national title and a host school passing records.

RELATED: Alabama’s Jared Mayden on the dominance versus Miss. State: ‘That’s what everyone expects’

He has also had to deal with injuries; however, he seemed to return stronger after each one.

The latest medical mishap was painful in Starkville, Miss. As a junior, Tagovailoa sustained a dislocated right hip with a fracture in the posterior wall. He needed immediate surgery and thankfully, the medical staff treated him in time. A full recovery is expected for him, yet Tagovailoa does not know as of now what his next move is. Regardless of it being a violent game, the “warrior” inside the son of Galu and Diane Tagovailoa will not allow him to quit.

He played through pain last season and was runner-up for the Heisman Trophy. This year, he’s battled pain and helped put the team in position for a shot at its sixth consecutive trip to the playoff. One person who recognizes Tagovailoa’s toughness in Russell Wilson. A former third-round pick of the 2012 NFL Draft to the Seattle Seahawks, Wilson’s toughness and overall style of play was always doubted. Despite standing at 5-foot-11, he is one of few that has defied the odds at quarterback. Wilson lead the Seahawks to a Super Bowl Championship in 2013 and has been voted to six Pro Bowls. He led the league in touchdown passes (34) in the 2017 season.

In hearing on what happened to the Crimson Tide’s signal caller, Wilson reached out via Twitter and provided well wishes to Tagovailoa.

“The guy works so hard. He’s coming back from an injury and the guy is tough as nails. Just been playing through everything with his ankle and all that stuff. He’s just a great college quarterback and will be great in the NFL too. He’s going to be a star in the NFL… I really believe that. He’s got great composure, great demeanor, great faith too, just great talent. A lot of great things about him and he’s a winner. At the end of the day, he is a winner.”

Wilson would go on to praise the offensive play calling of Steve Sarkisian, stating that Tagovailoa is running an ‘NFL style of offense.’

He also said the signal caller will get an opportunity at the next level and encouraged him to keep the faith.

He played through knee and ankle injuries in 2016, but he returned Seattle to the playoffs two years later.

Wilson was made the highest-paid player in the league on April 15, as he signed a four-year deal worth $140 million to remain with the Seahawks through the 2023 season.

He sees a lot of himself in Tagovailoa and wants him to continue being special.