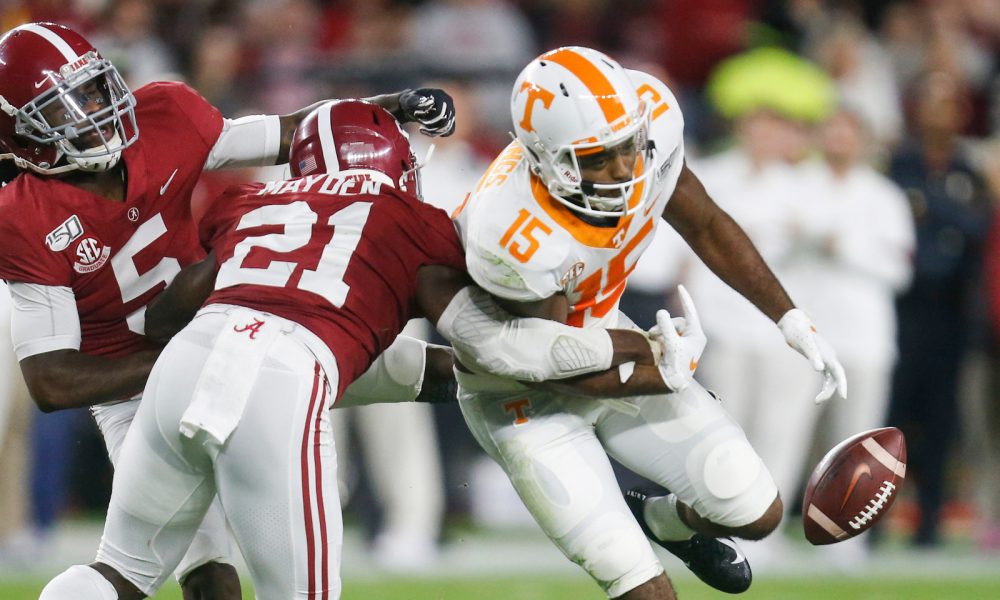 It has yet to pitch a shutout, but Alabama’s defense has had four chances to do it.

Prior to facing Mississippi State on last week, it gave up 17 points combined to Duke (three), Southern Mississippi (seven) and Arkansas (seven). In terms of total yards allowed, the Crimson Tide had its best outing to start the season – surrendering 204 yards to the Blue Devils.

Despite some issues in communication and playing seven true freshmen, Alabama seemed to finally get things in order versus the Bulldogs. Aside from a couple big runs via Tommy Stevens on designed plays, the Tide held Mississippi State to 270 yards offensively and seven points.

Stevens totaled just 82 passing yards and true freshman, Shane Lee recorded his first career interception at linebacker. Alabama shut down one of the Southeastern Conference’s most explosive running backs in Kylin Hill, limiting him to just 35 yards rushing on 16 carries.

Nick Saban’s bunch had six tackles for loss, one sacks, four quarterback hurries and four breakups in a 38-7 victory. The matchup also marked secure tackling as a point of success on defense. From the front line to the secondary, the Bulldogs could not scrape yardage after the catch or after contact. With players such as Lee, Shyheim Carter, Xavier McKinney, Jared Mayden and Christian Harris, Alabama took correct angles to the ball and wrapped up each time.

Not only was Saban pleased with the performance, but Mayden spoke to reporters on Tuesday about how this was the defense this team has been trying to show fans all year.

“That’s what we expect,” Mayden said on the Tide’s performance last week. “I am pretty sure that is what fans expect, alumni expects… that’s the Alabama standard on defense.”

Mississippi State did not score again after its first touchdown.

While it’s had to overcome some injuries, Mayden is not using that as an excuse.

“That is the example of what this defense has been trying to show all year,” he said.

Since the loss to LSU, the team has come together.

Communication across the board has been strong and Raekwon Davis mentioned that Alabama will ‘finish strong.’ If it can put together two more dominant outings and get help from the state of Arizona and LSU, the Tide will be the fourth seed in the College Football Playoff.

Its focus will be on Western Carolina for now.