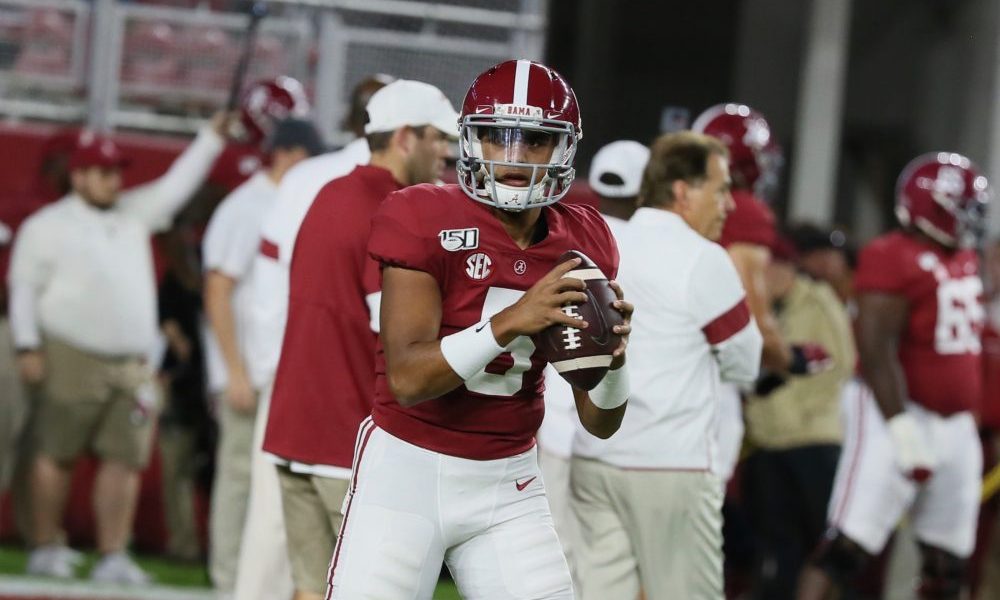 Despite entering the year as the third-string quarterback, true freshman Taulia Tagovailoa will not be redshirted this season per Nick Saban. Saban made the announcement on his weekly radio show “Hey Coach” ahead of the team’s game against Western Carolina on Saturday.

“With him now being the backup quarterback, we thought we needed to play him because if something happens to this quarterback, Mac Jones, he’s going to be the guys that’s got to go in the game and try to win the game for us,” said Saban. “So we’re going to play him this week in this game in some kind of way, regardless of how the game goes, to try to get him some experience, some playing time and hopefully some confidence.

When we had the unfortunate injury last week to Tua, that kind of negated the opportunity to be able to redshirt Taulia.”

Last week against Mississippi State was Taulia’s final game where he could appear and still redshirt for the season. NCAA rules state that a player can use a redshirt season as long as he plays in just four games and Nov. 23 against the Catamounts will be the younger Tagovailoa’s fifth appearance.

On the season Tagovailoa has seen action against Duke, Southern Mississippi, Arkansas and Mississippi State. Despite only having a few passing opportunities Tagovialoa has gone 7/9 for 65 yards completing nearly 78 percent of his throws. His most impressive performance came against Arkansas where he went 6/8 for 45 yards.