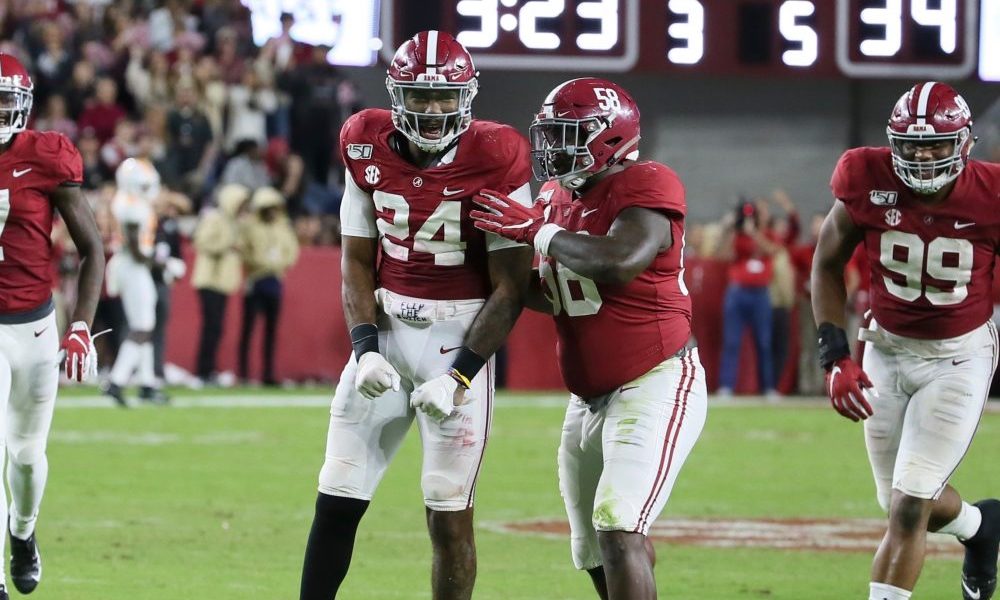 With a ton of speculation surrounding who will and will not be entering the 2020 NFL Draft following the season, Alabama outside linebacker Terrell Lewis seems to have made up his mind.

Lewis, a redshirt junior, will participate during the team’s senior day on Saturday against Western Carolina and is expected to enter the draft, per Matt Zenitz.

The Washington D.C. native has battled injury throughout his entire career with the Crimson Tide. In his career, Lewis’ two major injuries came in 2017 (elbow) and 2018 (ACL). 2019 has been a bit of a different story for the outside linebacker, he has appeared in nine games and has recorded 30 tackles, 10.5 tackles for loss, 6.5 sacks and 16 quarterback hurries.

“We’re excited about what this senior group that we have has been able to accomplish here,” said head coach Nick Saban during his press conference on Wednesday. “I think they’ve won 50 games so far in their career, four years, and 64 games over a 5-year period is a pretty significant accomplishment for those guys.

“So, I hope our fans come out and recognize this group on Saturday and show their appreciation for what they’ve done and how they’ve represented the university and the football program.”