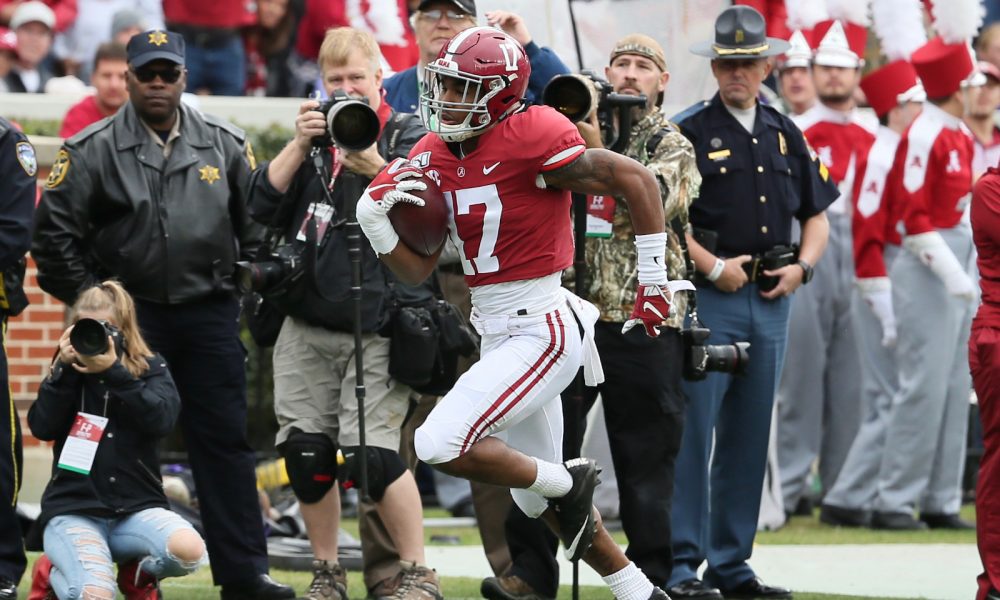 The focus for Alabama has shifted to the Iron Bowl against Auburn, but it did come off a good performance versus Western Carolina. On last week, the Crimson Tide recorded its second 60-point game of the season and continued to make strides on defense. In his second start, Mac Jones was efficient – completing 10 of 12 passes for 275 yards and three touchdowns.

Jaylen Waddle, a sophomore, led the team in receiving yards (101) and DeVonta Smith was credited with a pair of scores.

While the surge continues for Najee Harris, it was Keilan Robinson that stole the show last week. The true freshman turned in 92 yards rushing on eight carries – including a 46-yard touchdown run. He paced a 200-plus yard outing for the Tide’s running backs in its 66-3 victory. As for the defense, Shane Lee had his second consecutive matchup where he led the team in tackles (seven).

Christian Barmore, a freshman, anchored a young defensive line with six total tackles, one tackle for loss and one quarterback pressure.

The performance from the young players helped veterans Xavier McKinney and Jared Mayden collect two interceptions each in the secondary. Alabama forced five turnovers and returned one for an 81-yard score. No confusion occurred last week and the Tide needs to continue this at Jordan-Hare Stadium in a must win situation. It suffered a 26-14 loss in its last trip to Auburn.

In recapping the win over the Catamounts, yours truly of Touchdown Alabama Magazine discussed the four things that stood out on In My Own Words. For those who missed the segments on YouTube, all four videos are listed at the bottom for you to check out.