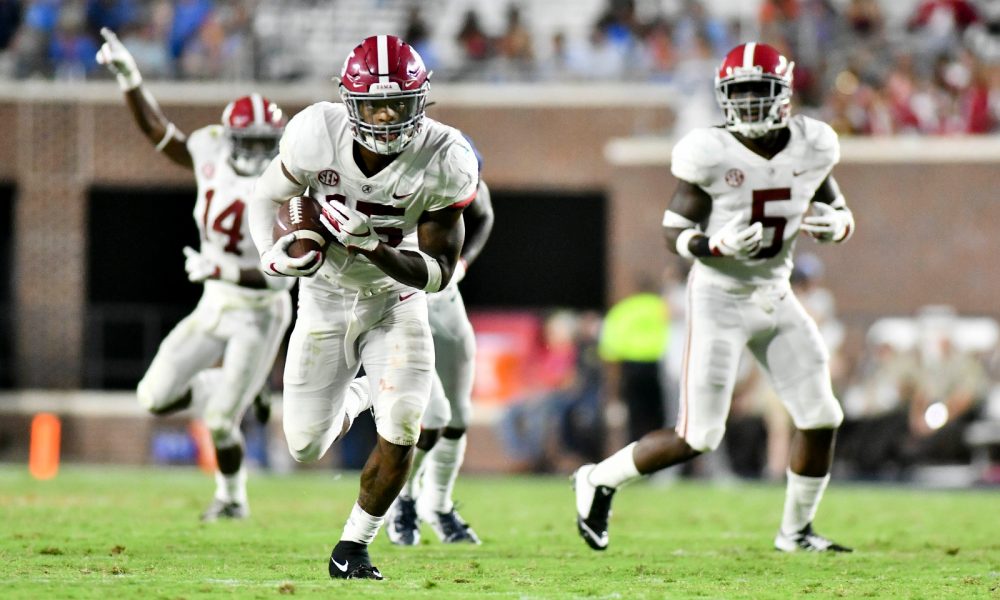 On Tuesday, the College Football Playoff committee unveiled its latest installment of rankings and while it moved Ohio State to No. 1, Alabama remains on the outside looking in.

The Crimson Tide has a huge rivalry game versus Auburn and one that will go a long way into the program getting into the playoff. It still may need some help from Utah – prior to conference championship week – however, Alabama will control what it can handle.

RELATED: Can Alabama get its second win under Nick Saban versus a ranked Auburn?

Before the rankings came out, there could have been a serious discussion as to whether the committee should flip Georgia and the Tide. Regardless of the resume it brings to the table, the Bulldogs haven’t been dominant at every point this season.

In fact, Georgia struggled against a pair of Southeastern Conference opponents that Alabama defeated soundly on the road.

After taking care of South Carolina and Texas A&M, the Tide now has a chance to handle Auburn at Jordan-Hare Stadium.

If it convincingly knocks out the Tigers, the committee should look at moving Alabama above Georgia.

During Tuesday’s segment of In My Own Words, yours truly of Touchdown Alabama Magazine dives into how a one-loss Georgia is not better than a one-loss Alabama team. While the Bulldogs have an embarrassing home loss on its resume, the Tide’s lone blemish is to the top-ranked team in college football and it only fell by five points.

The second video from Tuesday is on the “Alabama fatigue,” in terms of the College Football Awards. Not a single student-athlete from the Tide was selected a finalist.

Alabama has consistently won 10-plus games since 2008 and is on the cusp of its sixth consecutive trip to the playoff, yet its players did not make cut for awards. Talented athletes such as Jerry Jeudy, DeVonta Smith, Xavier McKinney and Jedrick Wills among others were snubbed.

Fans were outraged by this and many have come to believe that the national audience has become tired of seeing the Tide on top. If not selecting these players as finalists was the answer, then it becomes added motivation – especially this weekend against an in-state rival.

Why an Auburn win alone may not be enough for Alabama to make the playoffs
Larry’s Losers in the SEC – Week 14 – Rivalry Week and tough picking’s ahead
To Top
%d bloggers like this: