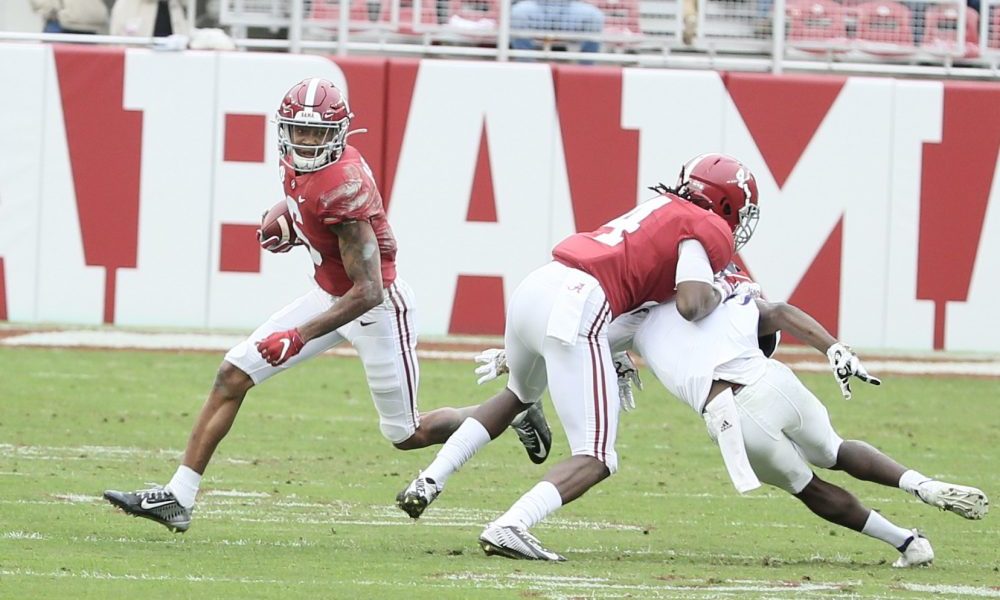 With one week remaining in the college football regular season, the playoff picture is becoming clearer and clearer with every passing Tuesday. And this past reveal lays out once again what needs to happen in order for Alabama to continue its streak of playoff appearances.

Although they haven’t moved from the number five spot, the reshuffling that has gone on around them has narrowed the Crimson Tide’s road a bit. Mainly from the Big 12.

The biggest jump made by any team in the playoff was from the Baylor Bears who moved up five spots after defeating a now 6-5 Texas which was apparently enough to warrant the accession. With Baylor now at nine and Oklahoma at seven, the Big 12 is now shaping up to get a one loss conference champion in since the winner will likely have a top 10 win in the championship game.

So in order to avoid this kind of scenario, Alabama will need to either Baylor or Oklahoma to drop a game before the conference championship. But it won’t stop there, the Tide will also need to have that two loss team with the Big 12 in order to erase them from the discussion.

Thankfully for Nick Saban’s team there is a chance this scenario plays out. Oklahoma is going on the road to play the No. 23 ranked Oklahoma State to end the year and the Sooners have been susceptible to struggling on the road. Oklahoma has also already beaten Baylor on the road and will play them on a neutral field with a fully healthy Ceedee Lamb for the game.

Of course Alabama will also need similar dominoes to fall to slide into the top four. It’ll need Ohio State and LSU to win out along with Oregon to win the Pac-12 just to be on the safe side. But most importantly Alabama will have to prove that it is “unequivocally one of the best four team”. That means it will need to have a convincing win over Auburn this coming Saturday.

Even if some of these scenarios don’t pan out in favor of Alabama, a lopsided win over an Auburn team that hasn’t given up more that 30 points in a game all season may be enough proof.

Can Alabama get its second win under Nick Saban versus a ranked Auburn?
WATCH: Shane Lee, Xavier McKinney lead Alabama LB’s and DB’s through drills
To Top