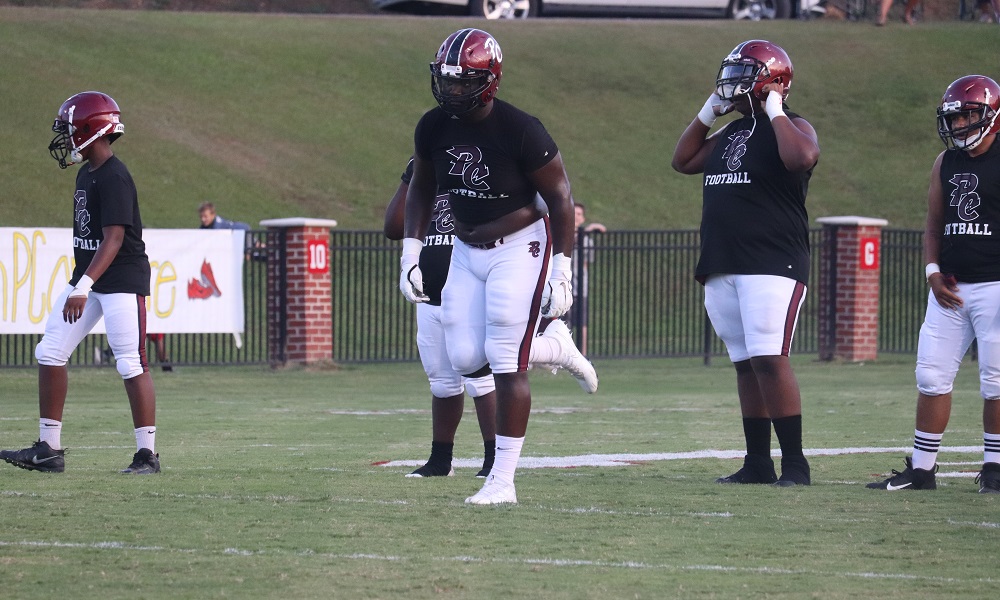 Multiple Alabama commits spent half of their Thanksgiving holiday on the practice field in hopes of keeping their state championship hopes alive.

Here is a look at the Alabama commits, who are still in playoff action:

Young and Mater Dei will take on St. John Bosco High School for the second time this season. Mater Dei won the first matchup. Young is coming off of a 7 touchdown performance and has only thrown three interceptions this season.

Sanders and Ryan High School will complete in the third round of the Texas 5-A Division 1 Playoffs. They are undefeated headed into the matchup.

Anderson and Dutchtown high school will compete  in the third round of the GHSAA Playoffs. They have only loss one game this season.

McEachern has been on a roll this season, dominating opponent after opponent. Baker’s physical style has helped led them to the third round of the GHSAA Playoffs. They will take on North Gwinnett.

Similar to Baker, Burroughs has helped the  McEachern Indians stay on pace by causing trouble up front.

Story broke the AHSAA career total touchdown and yard records on last week, but has bigger goals in mind. Story and the Panthers are undefeated and will take on Sweet Water in the semifinals of the 1-A AHSAA Playoffs. The winner of this game will take on the winner of Pickens County and Mars Hill Bible.

Latham and Pickens County will try to avenge their last season lost to Mars Hill Bible in the Semi-Finals. The winner of this game will take on the winner of Lanett and Sweet Water.

Kyle Edwards has been very productive for Destrehan during the season and into the playoffs. The 4-Star began the playoffs with a five touchdown performance. Destrehan will take on West Monroe in the third round of the LHSAA 5-A Playoffs.

Branch is coming off of a 3 interception and four touchdown performance for Sandy Creek High School. His play has taken a jump and the Patriots hope he can help them take down Madison County on Friday.

McLaughlin and Buford will play Carrollton High School in the third round of the GHSAA Playoffs.

George and North Shore will play in the third round of the Texas High School 6-A Division 1 playoffs.

Maye has Myers Park undefeated as they enter the third round of the 4-A playoffs.