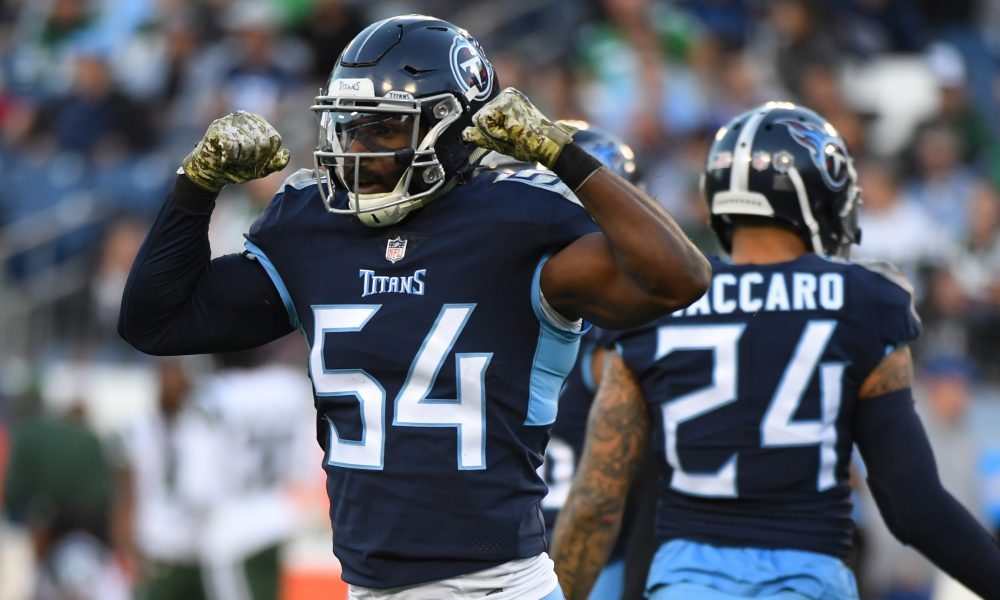 You can play college football for up to four years, but rivalries will live on forever. And that statement can be applied no more so for the Iron Bowl, even if you are teammates with the opposite side.

This was the case on Tuesday inside the locker room of the Tennessee Titans when former Alabama linebacker Rashaan Evans was conducting an interview with a journalist. During the interview Titans linebacker Daren Bates, an Auburn alumni, pranced around Evans with a speaker which played the Tigers fight song “War Eagle.”

Besides a grin at the beginning Evans was able to make it through the interview without much response to the matter. It’s easy to tell that the two teammates and fellow linebackers have the type of playful relationship which makes the game that much more fun.

Although the two never looked across from each other in college Evans has seen far more success in the rivalry than Bates. From 201-17 Evans had a record of 3-1 against the Tigers with Bates’ posting a 1-3 record against the Crimson Tide from 2009-12.

It just goes to show one that no matter your success during your playing days or the condition the team is in today. either side of the Iron Bowl will show relentless loyalty and pride when the last week of the season rolls around.

Alabama commits still in championship hunt
CFP hopes for Alabama hinge on performance versus Auburn
To Top
%d bloggers like this: