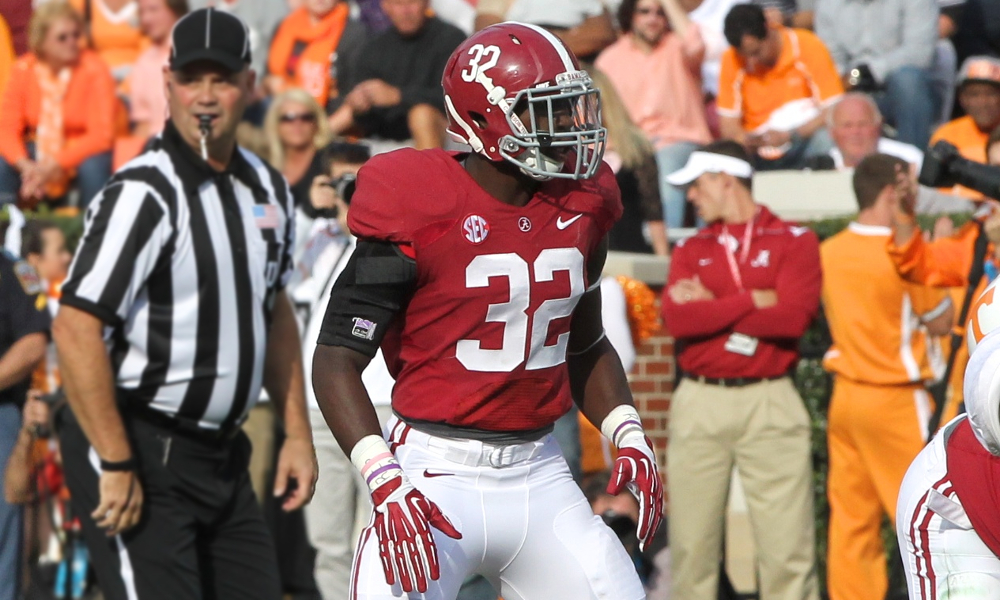 Alabama football has had some talented players suit up in the crimson and white. Many had unforgettable careers and Tide fans would love to see them line up for Alabama one more time.

What if one could?

Many feel Alabama’s 2019 football season could have ended on a better note if Alabama was able to avoid the injury bug, but what if a former Alabama legend could have been on the Tide’s roster?

Touchdown Alabama asked Alabama fans via Twitter, which former Alabama player would have helped the Tide’s 2019 team and their clear answer was C.J. Mosley.

Mosley won the Butkus Award and was named the SEC Defensive Player of the Year in 2013. The Theodore, Alabama, native finished his career with 317 total tackles, 6.5 sacks and five interceptions.

Fitzpatrick finished his career at Alabama with 110 total tackles and nine interceptions, four of which he took back for touchdowns.

Thomas won the Butkus Award in 1988. He still holds the NCAA single-season sack record with 27 sacks and inducted into the College Football Hall of Fame in 2014.

Derrick Thomas, Have you ever watched him play football

McClain won the Butkus Award in 2009 and was part of Nick Saban’s first National Championship team at Alabama. The Decatur, Alabama, native finished his college career with 274 total tackles.

Is the run of national championships over for Alabama? Paul Finebaum says “Yes”
SEC provides explanation for Auburn’s one second field goal before half
To Top
%d bloggers like this: