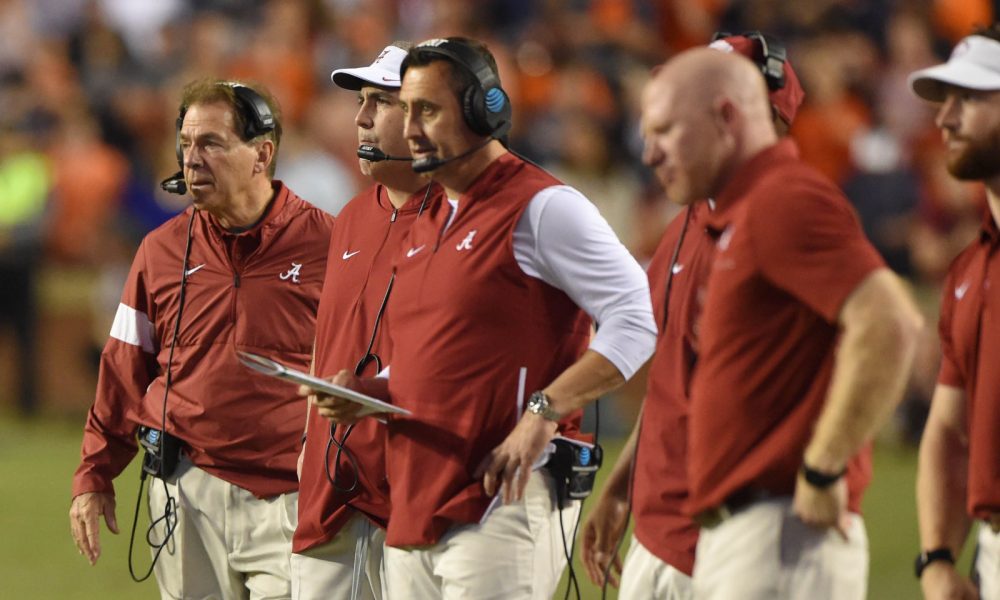 In the years when Alabama does not win a national championship under Nick Saban, media outlets quickly revert to an old stanza: the Crimson Tide’s dynasty is over.

After a loss to Auburn last week and not winning a national title back in January, the cast of ESPN’s Get Up had a stirring on Tuesday about Alabama. Mike Greenberg featured Paul Finebaum of the SEC Network and wanted his concrete answer on whether Saban’s run of dominance in college football is over. As the host of a popular radio, which originated from the Iron Bowl rivalry, Finebaum got straight to the point. He believes the run of titles is done.

Is the era of Nick Saban dominating college football coming to an end?@finebaum: “Yes.” pic.twitter.com/xjDRah6YRt

“It is,” Finebaum said on Saban’s run coming to an end.

“And it’s been happening slowly for a couple of years, but I think over the last couple of months we have seen it. It started with a 28-point blowout to Clemson. Saban said ‘we have to get the Alabama factor back.’ It did not happen. It has been a really disappointing season. Staff turnover has been a constant churn, especially on the defensive side. Recruiting is an issue… They are still in the top two or three in recruiting, but they are been pressed hard by Clemson and Georgia. I’ll say this and I know I covered the end of Bear Bryant’s tenure about 38 years ago, and I saw some of the same signs.”

Alabama football truly pays the bills and moves the needle in the world of media.

RELATED: Stephen A. Smith has Nick Saban’s back after loss to Auburn

Two types of people exist in this life: those who are invested solely into the Tide and those that relish moments when the program suffers. Is the run of dominance over for Saban? No, but it is on life support. This offseason becomes the most important one for the program. A sense of urgency to land the right coaches, players and have every detail in place is imperative.

Another run of championships is still in Saban, but he can’t afford a misstep.

Alabama players selected to Pro Football Focus’ SEC Team of the Year
Alabama fans choose a hypothetical player from the past to add to 2019 team
To Top
%d bloggers like this: