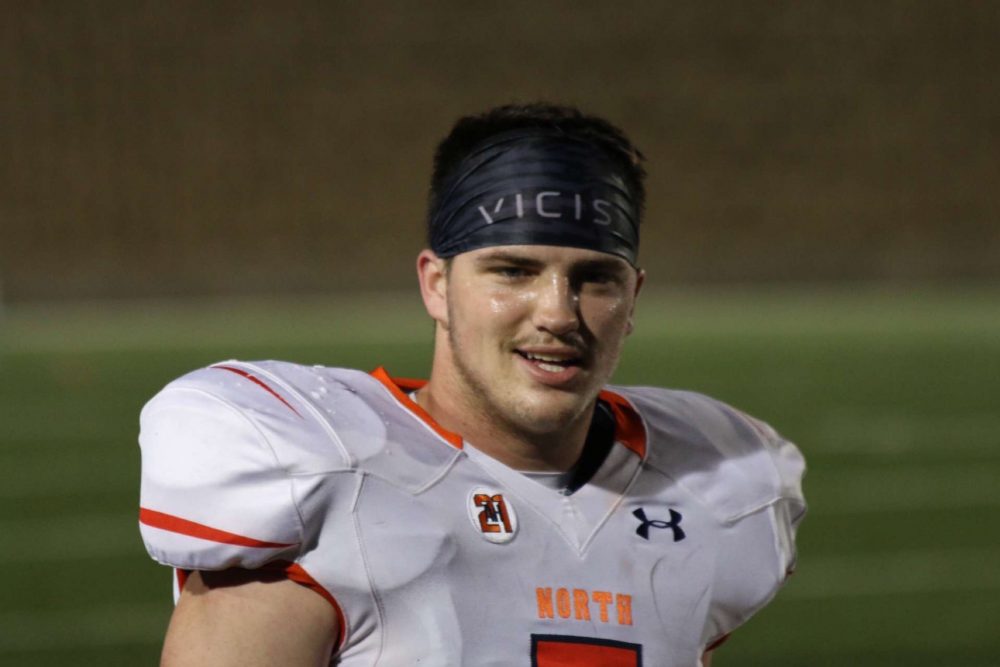 2020 3-Star tight end, Brandon Frazier’s, recruitment is now open after he decided to de-commit from the Arkansas Razorbacks last month and the Tide’s coaching staff has been in contact.

Frazier is a 6-7, 247-pound tight end out of Mckinney North High School in Mckinney, Texas. The Tide offered Frazier in May. Alabama’s tight end coach, Jeff Banks, who has ties to the state of Texas is expected to visit Frazier on Wednesday.

“Coach (Jeff) Banks and I have been in contact over the last few weeks,” Frazier said. “He is coming by tonight (Wednesday) for an in-home visit.”

Banks will have a chance to deeply describe what Alabama has to offer its student-athletes and the Tide’s plan for the tight end position in the future on Wednesday, which is something Banks has done on multiple occasions on the trail. Before 4-Star tight end, Caden Clark committed to Alabama, Banks watched film with Clark and explained how they plan to incorporate the tight end position into their offense more. Banks will most likely express this new tight end vision to Frazier as well.

The Texas product said he is not familiar with much about Alabama football.

“I do not know much, besides the fact that they win, they use their tight ends and put tight ends in the National Football League,” Frazier said.

Frazier said he will “probably not” sign during the early signing period, which gives Alabama’s staff some time to build a solid relationship with Frazier and gives the Texas product a chance to learn a lot about Alabama.

McKinney North High School featured Frazier in their offense during his senior season. He finished with 877 receiving yards and 7 touchdowns. Frazier was selected to the 1st Team All-District.

Clark is currently Alabama’s only tight end commit. The tight end position is one, where Alabama wants to add depth to and they would love to end their 2020 recruiting class with at least two tight ends. 5-Star tight end, Darnell Washington, is also a huge Alabama target.