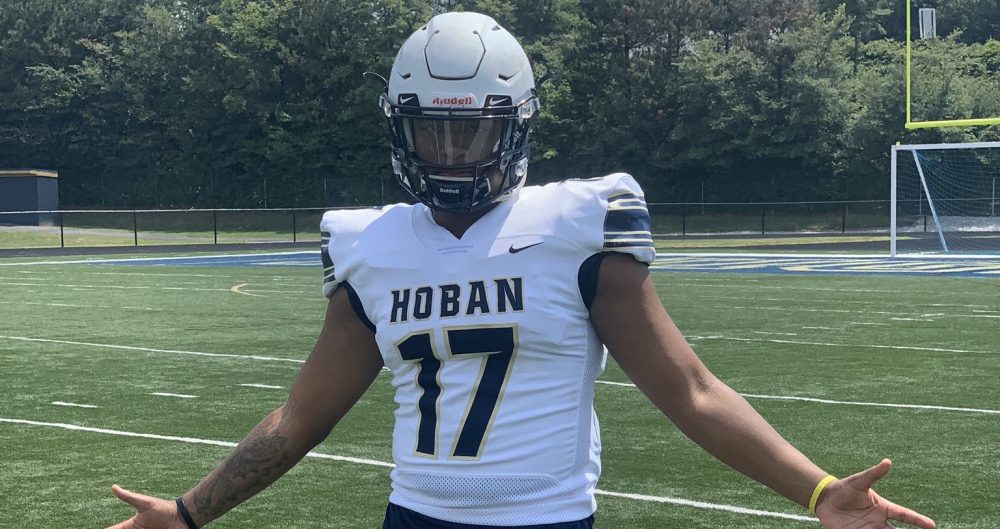 Alabama extended an offer to 2021 defensive end, Darryl Peterson, on Monday via a phone call from the Tide’s special teams and tight ends’ coach, Jeff Banks.

BEYOND BLESSED to have received an offer from The University of Alabama #RollTide 🙏🏾 pic.twitter.com/rxGvzYhwdz

Peterson is a product of Archbishop Hoban High School in Akron, Ohio, which is the same school Alabama’s 2020 4-Star tight end commit, Caden Clark, attends. Alabama’s offer is Peterson’s seventh Division 1 offer. The 2021 recruit said the offer came as a surprise to him.

“I was in shock,” Peterson said. “It definitely felt good to know that all those long workouts and work in general, that I have put in is being noticed.”

Peterson said he feels Alabama is a program rich in history.

Peterson comes in at 6-3 and weighs 235 pounds. Hoban lined him up on the inside and outside on the defensive line during this past season. Banks told Peterson there were certain parts of his game he likes.

“He said he (Banks) loved my speed off of the edge and my energy,” Peterson said.

The Ohio-native finished his junior season with 45 tackles and 21 sacks, which was a school record. Peterson also accounted for 24 tackles for loss and forced three fumbles.

The Tide will look to get Peterson on campus soon to help build a relationship with the rising 2021 prospect.