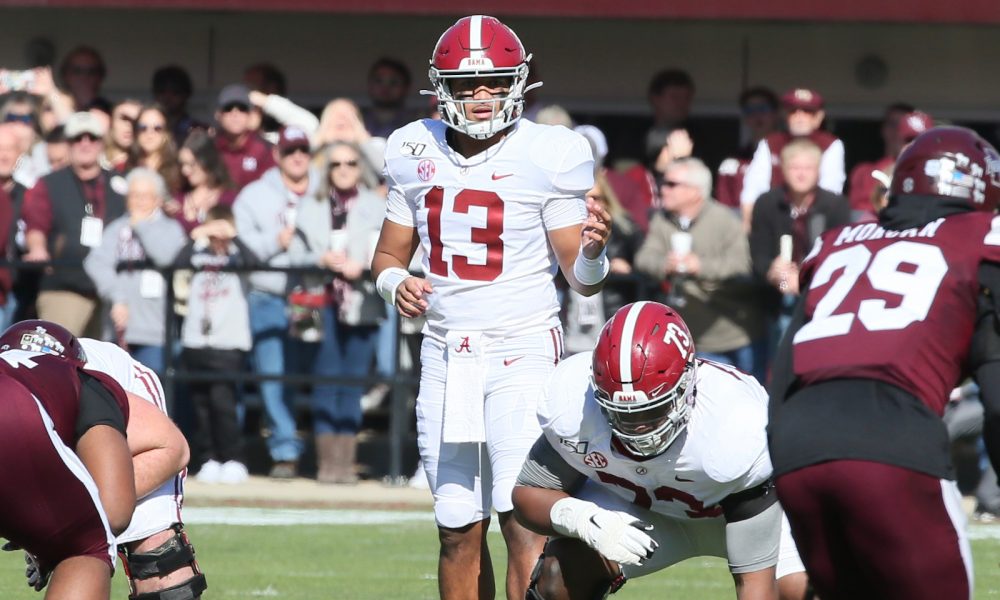 Alabama quarterback, Tua Tagovailoa, looks to have another successful post-season award run as the Hawaii native was named a finalist for the Polynesian Player of the Year award on Tuesday.

This award is given annually to the best college football player of Polynesian descent. Tagovailoa won the award last season. He finished this season with a QBR of 94.6, 2,840 passing yards and 33 passing touchdowns.

RELATED: Rumors swirling on Tua Tagovailoa, other draft-eligible juniors potentially returning to the Tide in 2020

A total of five finalists rounded out the list. Tagovailoa is joined by Utah players, Julian Blackmon and Bradlee Anae. Oregon’s Penei Sewell and Iowa’s A.J. Epenesa were also included.