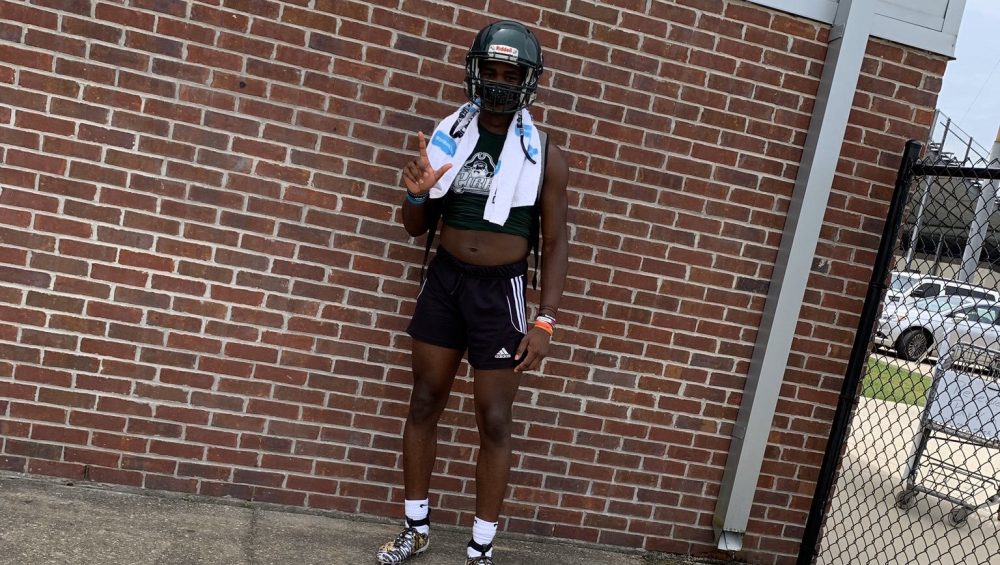 Alabama extended an offer to 2022 prospect, Jacoby Mathews, on Monday, becoming the fourth school to offer the Louisiana product.

I’m beyond blessed and excited to announce that I’ve received an offer from the University of Alabama #Rolltide❤️🐘 @CoachGolding pic.twitter.com/sJctk6miak

The Crimson Tide is the first out of state program to offer Mathews as Southern University, Tulane and LSU have previously put offers on the table. LSU was the first school to offer the in-state product. Alabama’s defensive coordinator, Pete Golding, had been in contact with Mathews before Alabama decided to offer him.

“Coach Golding had been showing interest since last spring,” Mathews said. “Midseason, I got a follow from him on Twitter and yesterday, he called my head coach and offered me on the spot. So the minute I left my last class, my coach let me know the big news.”

Mathews is a product of Ponchatoula High School in Ponchatoula, Louisiana. The 2022 prospect spent some time at wide receiver and defensive back for Ponchatoula last season. He referred to his latest offer from Alabama as a dream.

“I feel really honored because some people dream of this and I get the opportunity to play there,” Mathews said.

Mathews’ leadership has stood out to Alabama’s staff at this point, along with his play on the field.

“They really like the way I play and how big of a leader I am, most of all, how I carry myself,” Mathews added.

The Crimson Tide does not have a commitment from a recruit in the 2022 recruiting class, but Alabama has extended an offer to several prospects. Mathews is now on the Tide’s board as they will continue to recruit the state of Louisiana hard in future recruiting cycles.