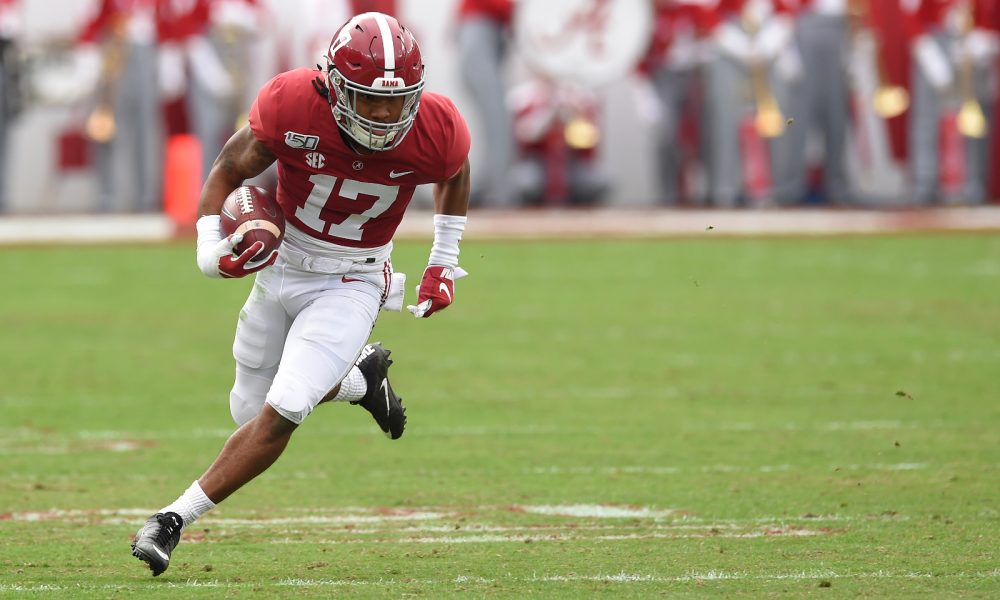 The Southeastern Conference recognizes Jaylen Waddle as an elite talent.

After winning the league’s Freshman of the Year honor last season, the sophomore and native Texan was named SEC’s Special Teams Player of the Year on Wednesday. He was a first-team selection for the All-SEC Coaches’ Team at punt returner on Tuesday, according to the league.

Listed at 5-foot-10 and 182 pounds, Waddle has a gear in open space that excites supporters of the Crimson Tide.

If he is able to create an angle on defenders, the chances of tackling him become slim to none. While he has not beaten his teammate, Henry Ruggs III, in a foot race, the four-star is perfectly fine with burning opposing teams on Saturdays in the fall.

According to data from Pro Football Focus, no one in Football Bowl Subdivision (Division I) had a higher punt return average than Waddle all season.

No matter where he is on the field, Waddle is very dangerous.