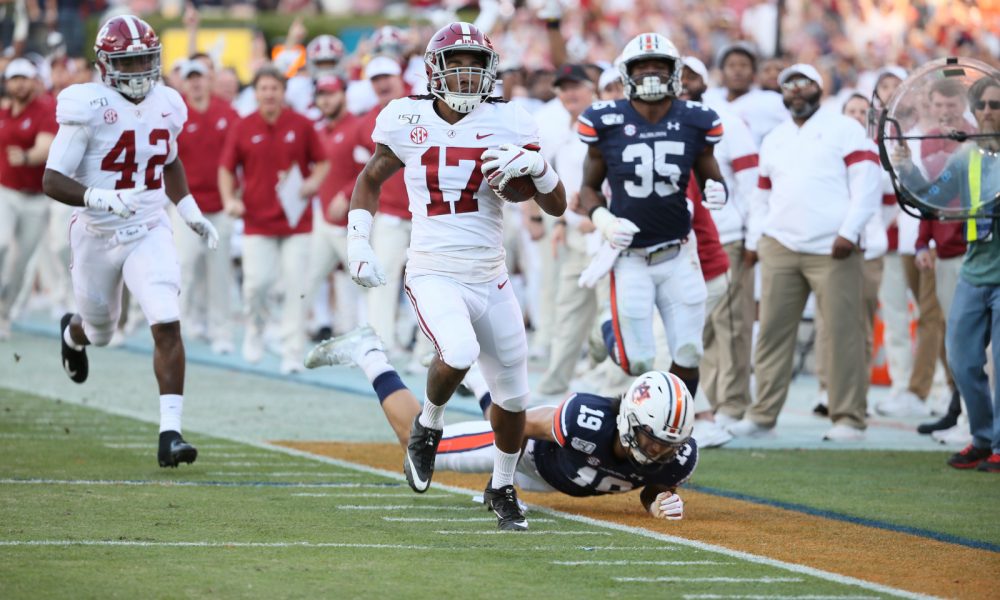 He plays against the best talent in the Southeastern Conference and faces it every day in practice for Alabama football, so Trevon Diggs knows greatness when he sees it.

The senior cornerback from Maryland saw a post on Twitter, referencing his teammate – Jaylen Waddle – as the best punt returner in college football.

His average of 24.95 (25) yards per punt return led the nation and he totaled 474 yards with one touchdown on 19 attempts this season.

Waddle’s score came on a 77-yard return versus LSU at Bryant-Denny Stadium.

Not only was he named SEC’s Special Teams Player of the Year, but Diggs also believes that Waddle is the best punt returner ‘ever’ in the sport.

Of course, this has caused a small debate on social media.

Some people feel the crown should go to Devin Hester and in terms of Alabama, individuals have the idea of it going to either Javier Arenas or Cyrus Jones.

The trio of Hester (four), Arenas (seven) and Jones (four) all had more touchdowns than Waddle (two) in their careers; however, the native Texan has a better average on punt returns.

It is definitely a fun conversation to have, but Diggs will remain to his thought of Waddle being the best ever.

Alabama WR Jaylen Waddle named SEC Special Teams Player of the Year
The hidden agenda behind Lane Kiffin’s return to the SEC
To Top
%d bloggers like this: