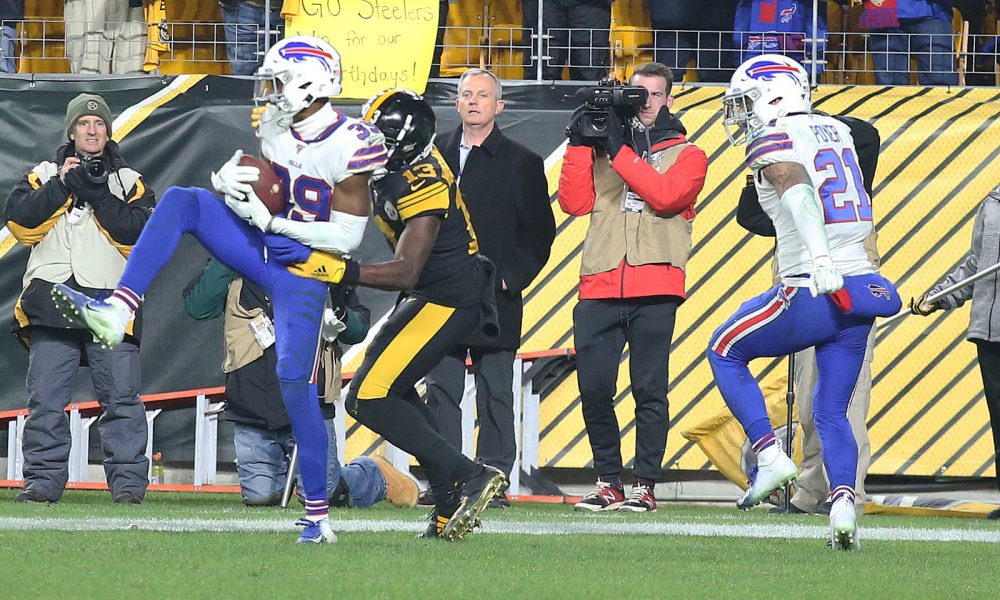 The fans of Bills Mafia could not be any happier right now.

After missing the playoffs last season, the Buffalo Bills are going back to the postseason and it was a former walk-on at the University of Alabama that sealed the deal.

In a must-win matchup for the Pittsburgh Steelers on Sunday, Levi Wallace accounted for one of four interceptions off Devlin Hodges in a 17-10 victory for the Bills. Pittsburgh was trying to tie the game at 17 with 15 seconds left in the fourth quarter; however, Wallace under cuts the route and picked the ball off in the corner of the end zone.

For Buffalo, Wallace helped the team to win No. 10 of the season and its sixth one the road. He also chimed in with six tackles and one pass breakup, to help the Bills lock in the first wildcard spot (10-4) and fifth overall seed in the AFC.

Wallace is currently fourth on the roster in total tackles (71) and third in breakups (eight), while his interception versus the Steelers was his first of the season.

With him in the secondary, Buffalo has one of the National Football League’s best defensive units. It’s third in total defense (291.9 ypg), second in scoring defense (15.9 ppg) and third in pass defense (190.5 ypg).

Wallace has had seven games with at least five tackles and behind the Patriots, he has the Bills with the second-lowest passer rating surrendered to quarterbacks (76.7).

He walked on to Alabama in 2014 and paid his dues in competing with some of the best receivers in college football in practice every day.

During the 2017 season, the native of Arizona had his breakout campaign with a team-high 15 breakups (led SEC) and three interceptions (one for a score).

RELATED: Julio Jones turns in a season-high performance for Falcons in win over 49ers

Wallace locked down the left side of the field and assisted the Crimson Tide to a College Football Playoff National Championship. He was the definition of how hard work truly pays off and he’s one of the reasons for the Bills’ return to the playoffs.

Julio Jones turns in a season-high performance for Falcons in win over 49ers
Seven former Alabama players headed to 2020 NFL Pro Bowl
To Top
%d bloggers like this: