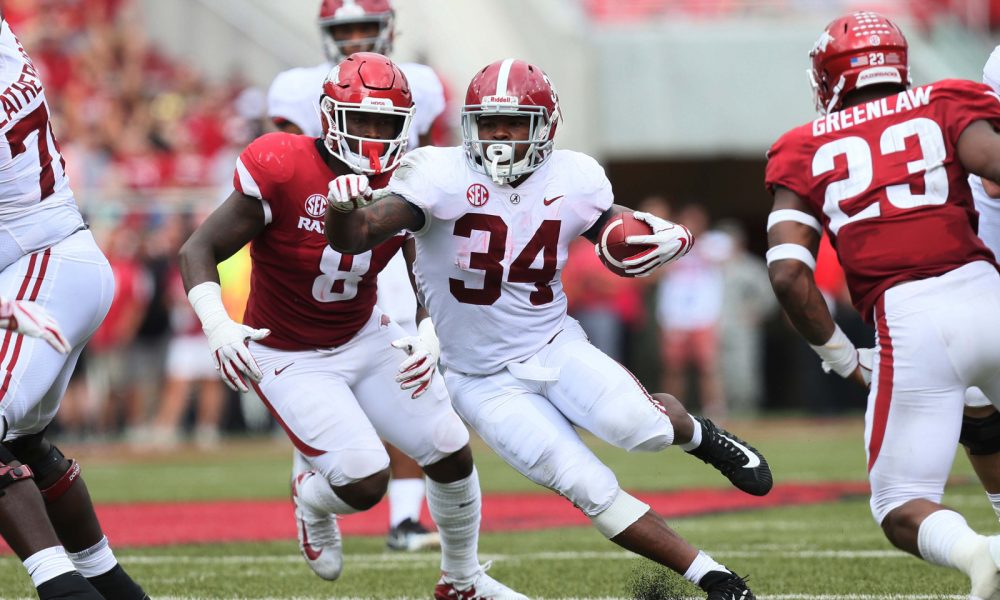 Ahead of Saturday’s College Football Playoff Semifinal games, everybody is getting their last-minute picks and analysis in. Even former Alabama running back Damien Harris is giving his two cents on the game and clearly making his opinion heard about who he will be pulling for.

To no one’s surprise, Harris is putting his faith into former teammate Jalen Hurts and the Oklahoma Sooners.

Y’all already know who i’m rockin with today!
Acts 20:24- Finish the race my brother. You the Chosen 1!#BoomerSooner @JalenHurts pic.twitter.com/62I42qVJR4

Harris and Hurts for teammates for two seasons at Alabama where they both helped the Crimson Tide reach back to back College Football National Championships. All season long former members of Alabama’s football team and its fans have shown a great deal of support towards Hurts and for good reason.

Instead of transferring following the first four games of his junior season, Hurts decided to stay in Tuscaloosa and stick it out with his teammates. From there on out he has been regarded as a fan favorite amongst the Crimson Tide faithful and will be surely be getting their full support during his game against LSU.