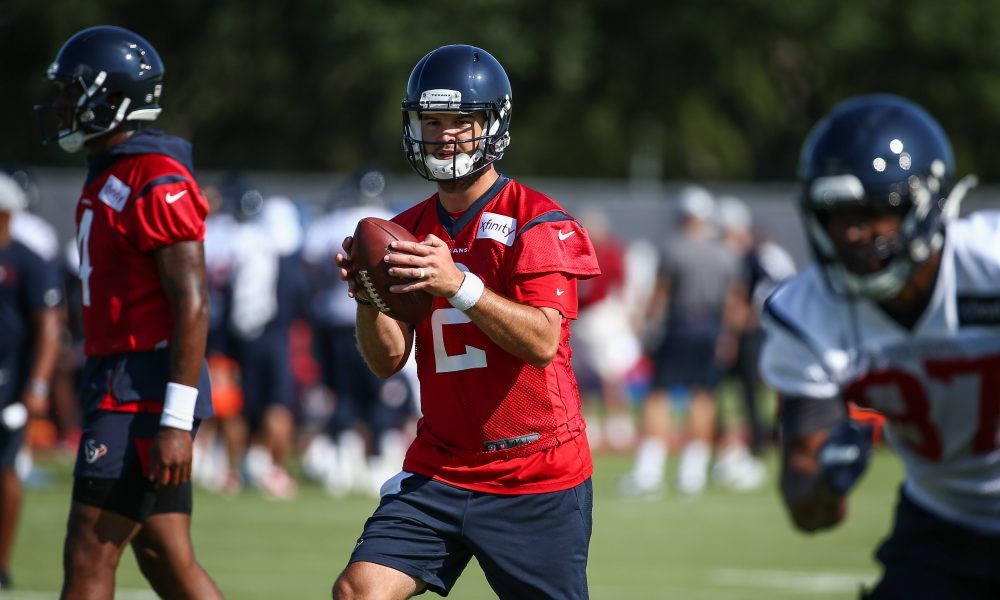 According to ESPN’s Dianna Russini, the Houston Texans will be rolling with former Alabama quarterback A.J. McCarron in the team’s final game of the regular season against division rival Tennessee Titans.

As we get ready for Titans and Texans, I’m told QB Deshaun Watson is expected to be the back up QB behind A.J. McCarron. WR DeAndre Hopkins will be active but isn’t expected to play much. Texans well aware the postseason doesn’t actually start until next weekend.

McCarron, who has served as the backup for Deshaun Watson all season, has not started a regular-season game since 2015 where he filled in for an injured Andy Dalton for the Cinncinatti Bengals.

The Texans do not have a ton to gain in the Week 17 matchup as they have already wrapped up the AFC South Divison.

On the other side of the football, the Titans have everything to gain and lose as a win will put them into the playoffs.

Alabama QB Tua Tagovailoa providing more clues on future decision
How does Michigan feel about playing Alabama?
To Top
%d bloggers like this: